Scientists have used an algorithm to read an unopened letter written 300 years ago — without breaking its seal.

The note had been securely shut through an archaic process known as “letterlocking.” The method was used to secure written communications for centuries before the widespread adoption of envelopes in the 1830s.

The intricate system of folds, tucks, and slits effectively turns the paper into its own envelope. Often, the notes were then sealed and rigged with anti-tamper devices.

The method was used by both everyday people and historical figures from Queen Elizabeth I of England to Marie Antoinette.

While the concealed letters contain valuable insights into the past, the packets themselves are also valuable historical artifacts.

The researchers developed a computational method that can uncover their contents while also preserving the materials.

“Our work seeks to make an intervention in the conservation of cultural heritage,” they wrote in their study paper. “Once a document such as an unopened letter is damaged in the opening process, we lose a sense of the object as untouched and intact.”

The team first scanned the folded documents with X-ray imagining equipment that was designed for use in dentistry.

Computational flattening algorithms were then applied to the scans. This generated 2D and 3D reconstructions of the letters in both folded and flat states. It also produced images of the writing surfaces and crease patterns in the documents.

The technique exposed the entire contents of a letter dated July 31, 1697.

It was sent by a legal professional called Jacques Sennacques to his cousin Pierre Le Pers, a French merchant living in The Hague.

The letter bears the mark “10” in red crayon on the address panel, indicating how much the recipient would have needed to pay for it. The address and price suggest the document was sent from Lille.

Inside the unfolded letterpack, Sennacques asks his cousin — with some urgency — for the death certificate of another relative:

I am writing to you a second time in order to remind you of the pains that I took on your behalf. It is important to me to have this extract you will do me  great pleasure to procure it for me to send me at the same time news of your health of all the family. I also pray that God maintains you in His Sainted graces & covers you with the blessings necessary to your salvation. Nothing more for the time being, except that I pray you to believe that I am completely, sir and cousin, your most humble & very obedient servant.

The missive was taken from a European postmaster’s trunk of 300-year-old undelivered post, known as the Brienne Collection

“We could simply have cut these letters open, but instead we took the time to study them for their hidden, secret, and inaccessible qualities,” said Daniel Starza Smith, lecturer in early modern English literature at King’s College London “We’ve learned that letters can be a lot more revealing when they are left unopened.”

The researchers say their technique could also virtually open a range of other historical texts, such as scrolls and books.

Sennacques’ letter alone own may not expose radical insights about the 17th century. But analyzed alongside other documents, it could broaden our understanding of the culture, politics, and people of early modern Europe.

You can read the study paper and view the unfolded letter in the journal Nature Communications. 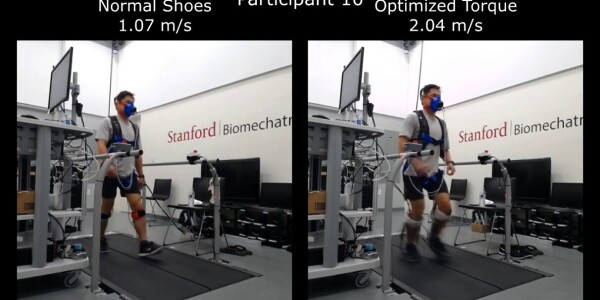