We started this year full of energy and hope, eager to escape the dumpster fire that was 2017. 2018’s been a hell of a ride, with plenty of ups, downs, and unexpected twists. Let’s take a closer look at the crazy year that was in tech.

In January, Team BitCoin was as all smiles, as BTC’s value soared over a historic high of $17,000. Meanwhile, the CES gadget trade show was kind of a ho-hum affair with nothing special to write home about – until we heard of a self-driving Pizza delivery van from Pizza Hut. The company partnered with Toyota to show off a concept vehicle that could not just deliver pizza without a human driver on board, but also cook your pies on the way over.

Also, remember Sophia, the incredibly lifelike humanoid? She took her first steps, thanks to robotic legs provided by DRC-Hubo, from the Korean team, which won the DARPA robotics challenge in 2015.

Ahead of Valentine’s Day this year, we had four billion humans to keep us company on the Internet, with more than three billion of them being active social media users. Too many cat posters?

Also, chivalry is not dead, at least amongst robots: a Boston Dynamics robot learned to open the door just like a human. Check out this clip below, in which one robot – which can’t open doors – waits for another one to help it out.

Things turned pretty grim in March, when we came face-to-face with perhaps the most important tech news of the year: Facebook’s Cambridge Analytica scandal. The analytics firm stole 50 million users’ data through a personality quiz app. While only 270,000 people downloaded it, Facebook’s API structure at that time allowed the app to access other people’s records as well. The story raised questions about whether Facebook cared about users’ privacy, whether it was getting too big for its own good, and whether it required government regulation to function.

If this wasn’t enough, Uber’s self-driving car killed a woman in Arizona state in the US. While the car was in the autonomous mode, it had a human safety driver at the steering wheel. This accident led the ride-hailing company to halt its self-driving trials at the time; its rival, Waymo, has since surged past and launched an autonomous cab service in Phoenix.

This was a testing month for Facebook CEO Mark Zuckerberg, as he had to testify in front of Congress and explain how the Cambridge Analytica debacle went down. There were a lot of naive questions from Senators and several non-answers from Zuckerberg, which led to little action being taken after the hearing. His two-day-long session at the Senate didn’t have a major impact on how Facebook, as a company, operates today.

May was an action-packed month, as we started things off with Google’s I/O developer conference. While the company made announcements regarding Android P and Google Assistant, the start of the show was Duplex, an AI-based tech that could make human-sounding phone calls to local business to book appointments and reserve restaurant tables. It’s now begun rolling out to Pixel phones in the US.

That month, the US Senate voted in favor of restoring net neutrality to overrule The Federal Communications Commission’s (FCC) orders. Despite that, the FCC’s rules against net neutrality kicked in a month later.

In the social media world, Reddit took over Facebook to become the third most visited site in the US after Google and YouTube. And in a bit of sad news, content curation and discovery site StumbleUpon closed down.

On May 25, General Data Protection Regulation (GDPR) started rolling out across the European Union. According to the framework, businesses can store and retrieve user data only after obtaining their consent, and they have to inform the authorities of breaches into their systems (which could affect customers) within 72 hours of the incident. 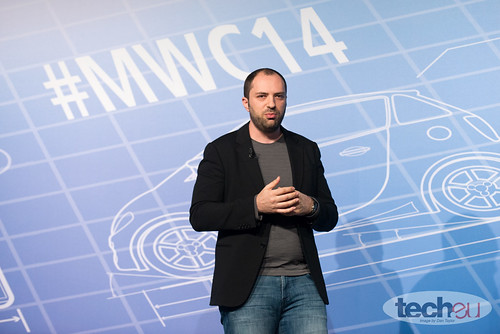 Microsoft caused ripples in the developer community as it announced its acquisition of the software development platform GitHub for $7.5 billion. This move was certainly a big win for the company in its quest to establish itself as an open-source-friendly organization. The Seattle-based firm said it wouldn’t change GitHub much, but we’ll have to wait a while longer to see what becomes of the service.

In a huge win for Indian internet users, the country’s government said ‘yes’ to net neutrality. Last November, the Telecom Regulatory Authority of India (TRAI) published its recommendations favoring net neutrality. The Telecom Commission (an internal group of the Department of Telecom) put an official stamp on that this year.

uring this month, the EU fined Google a whopping $5 billion for violating European antitrust laws. The European Commissioner for Competition, Margrethe Vestager, said that Google forced phone makers to pre-install its Search and Chrome browser apps, and prevented them from selling any devices with a forked version of Android. The EU gave the tech giant a grace period of 90 days to make changes to its policies, which it rolled out in October.

Apple became the first publicly traded US company to reach a valuation of $1 trillion. But its stay at the four-comma-club didn’t last long, as its stock began to take a hit, two months later in November. As of now, Microsoft is the most valuable tech company on the planet.

This was a jam-packed month. The EU parliament voted on the controversial copyright reform popularly known as the ‘meme ban’. When it comes into force, it will require social networks and other user-generated content platforms to create a filter that will scan uploads for copyrighted material. That means it can also affect memes, YouTube videos, and sports images.

High-tech medical startup Theranos finally shut down its fraudulent blood testing business. Uber finally had to pay for its security lapse in 2016. The cab-hailing company had to let go of $148 million for hiding the breach

The end of the month was crazy too: Elon Musk had to leave his post as Tesla’s chairman following his disastrous ‘funding secured’ tweet. In August, Musk jokingly tweeted that if Tesla shared touched $420, he’d take the company private. That led to a case with the US Securities and Exchange Commission (SEC), and a stern talking to from the company’s board members.

Facebook had a crappy September too. The company declared that 29 million users’ data was leaked because of a bug. What the fuck, Zuck? To add to the social network’s misery, Instagram’s founding duo, Kevin Systrom and Mike Krieger, left the company. They said they planned to recharge their batteries and work on a new project soon.

After a long-running case, India’s top court said that the country’s Aadhaar ID system doesn’t violate privacy rights. However, it added that the ID can’t be used by private organizations for verification. Go figure.

The month started on a positive note as an unprecedented number of female scientists won the Nobel Prize (including Canadian physicist Donna Strickland, pictured at the top of this post). October also marked one year anniversary of the #MeToo movement online. To celebrate this, Google built an interactive map to show the effect of the campaign across the world.

The search company also announced that it’ll shut down its Google+ social network the next year, following a data breach impacting 500,000 accounts.

In some positive news for Tesla (finally!), it surpassed Mercedez-Benz’ sales figures in the US between July and September. A Forbes report also pointed out that it’s about to overtake BMW as well. Yay EVs!

Samsung slapped four cameras on the back of a phone, because why not? And in the second big open source acquisition of the year, IBM bought Linux firm Red Hat for a whopping $34 billion.

Early in the month, thousands of Google employees walked out of their offices to protest gender inequality and sexual harassment within the company.

NASA landed its InSight probe on Mars’ surface. It has a dedicated twitter handle so you can keep up on what it’s doing.

Aaah…soaking up the Sun with my solar panels. ? After a long flight, and thrilling #MarsLanding, it feels great to get a good stretch and recharge my batteries. (Like, literally.) It’s just what I’ll need to really start getting in tune with #Mars. https://t.co/yse3VEst3G pic.twitter.com/LpsiI0KNNz

Remember how we mentioned earlier how the Bitcoin HODLers were celebrating at the beginning of the year? That party wound up soon enough, as the cryptocurrency’s value dipped below the $4,500 mark in November.

In gadget news, Samsung showed us the first glimpse of its ambitious foldable phone, dubbed the “Galaxy F.” In a surprise, Microsoft briefly took over Apple as the world’s most valuable company. We can totally see them competing for this crown in 2019, just like the old days!

Another month, another reason to hate Facebook. The company disclosed that a bug caused 6.8 million users’ photos to be exposed to developers and third-party apps in September. That was followed by a report about the social network giving major tech firms like Microsoft, Netflix, and Spotify privileged access to people’s information, though Facebook denied it.

It wasn’t the only social network under fire. Google+, which was already slated to shut down, suffered a second security breach that affected more than 52 million users – so it’s now going to be killed off even sooner.

The Mountain View firm has also reportedly shelved its controversial plans for a censored version of its search engine for users in China. Meanwhile, Apple set its sights on Austin for its next campus, and said it’d spend a billion dollars on its new digs.

We also got a recap of the year that was from YouTube – but sadly, it didn’t resonate with fans of the platform. Not in the least. Like, people hated it, so much so that YouTube Rewind 2018 now has the most dislikes of any video on the site. You can watch it below if you’re a glutton for punishment:

We usually don’t see much action in tech most Decembers, but this was an eventful month. Hopefully, the rest of the holiday season will be a little quieter, so we can all clock in some time with family and friends in peace. Happy holidays!