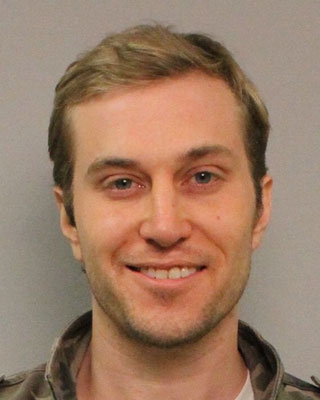 The Electronic Frontier Foundation tracked comparable proposals across the country, revealing we could see about two dozen similar bills in 18 state legislatures this year. So far, none have passed.

Each is slightly different, but offers the same type of language: a tax of sorts that aims to “protect children” from the dangers of pornography by locking down connected devices using a filter device owners would pay to remove (on each device). Dubbed the “Elizabeth Smart Law,” Sevier is facing pressure not just from lawmakers, but the ACLU and National Center on Sexual Exploitation, both of which have been highly critical of similar pieces of legislation. The latter of even demanded Sevier stop claiming the center was supportive of his work.

Elizabeth Smart, a woman who was kidnapped from her Utah home as a teenager in 2002 also wants no part of the ordeal. She’s sent a cease-and-desist letter demanding her name be removed from any promotion of the proposal.

Smart, since her release, has been a noted advocate for causes related to sexual abuse and exploitation. She spoke before Congress in 2006 to support sexual predator legislation and was one of the driving forces behind the AMBER Alert system used to alert nearby residents of recent child abductions.

And as odd as this all sounds, Sevier’s story is even stranger.

According to court documents, it all stemmed from a simple typo:

In using safari, the Plaintiff accidentally misspelled “facebook.com” which lead him to “fuckbook.com” and a host of web sites that caused him to see pornographic images that appealed to his biological sensibilities as a male and lead to an unwanted addiction with adverse consequences.

Sevier was all but laughed out of the courtroom, in a decision that surprised no one — including, perhaps, Sevier himself. “Hey, I’m litigious and enjoy drafting frivolous filings about sex stuff,” he said after the loss.

We didn’t know it then, but a single statement would foreshadow the events that unfolded next. Using his newfound notoriety, Sevier made good on his previous claims and did indeed draft more “frivolous filings about sex stuff.” Over the next three years, Sevier would go on to sue in Florida, Texas, and Utah, petitioning the courts each time to grant a marriage license to legally recognize his spouse, a porn-filled MacBook.

The Mac Daddy lost each time, the most recent case in Utah, where a judge rejected a lawsuit against Utah Governor Gary Herbert, Attorney General Sean Reyes, and a county clerk named Bryan Thompson. The most recent lawsuit got a little stranger after Sevier amended his original suit to include John Gunter, Jr., and Whitney Kohl, all of which would be marrying each other, and perhaps the laptop too… who knows?

Sevier’s brushes with the law weren’t limited to litigation, either. He’s been charged with stalking country star John Rich, and an unnamed 17-year-old girl. he’s also been arrested for violating a restraining order and failing to pay child support.