Merriam-Webster, a dictionary dating back to the late 19th century would have us think that ‘pragmatic’ is the word of the year for 2011, and to be perfectly honest, we’re left scratching our heads.

Apparently pragmatic was the most searched word in its online dictionary, while other words in the top 10 list included ambivalence, insidious, didactic, austerity, diversity, socialism, vitriol, as well as the phrase, “après moi le déluge.”

While pragmatic may be the most searched word of the year, it certainly doesn’t suit the unbelievable amount of ups and downs the year has seen. Just taking a look at Google’s Zetigeist video for 2011 is enough to tell you that pragmatism is nowhere to be found.

We’re happy to see that, according to NPR, the American Dialect Society is crowd-sourcing its own word of the year. The organization certainly has its finger on the pulse of today’s language, selecting App as the word of the year in 2010, and Tweet the year before.

Boston Globe’s language columnist, and chair of the ADS’ new words committee, Ben Zimmer, told NPR that the word ‘Occupy’ was most likely this year’s choice. Occupy is “an old word that has been invested with new meanings” – of course due to the Occupy movement. 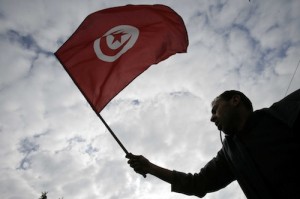 Other words that Zimmer mentioned in his NPR interview included Arab Spring, for obvious reasons, bunga bunga, an old phrase once again made popular by former Italian prime minister Berlusconi and his antics, and tiger blood, a hashtag that snagged the number two spot on Twitter’s top 10 hashtags of the year.

A combination of current events and online banter are clearly at the root of this list, and it’s interesting to note Twitter’s influence on the choices.

In fact, one of Zimmer’s own favourites is the phrase, ‘humble brag,’ similar to the idea of First World Problems, but made famous thanks to the many celeb tweets containing self-promotion in a thinly-veiled disguise of humility. There’s even an entire Twitter account dedicated to finding these tweets.

If the choices of the American Dialect Society are anything to go by, it’s easy to see the influence that Twitter is having on the English language. Both humble brag and tigerblood are expressions which probably saw the most attention on Twitter itself.

Much has already been said about the effect of text messaging and 140 character updates on the English language. We have been forced into a creative and often times frustrating corner of shortening words, replacing them with the numbers, or spelling out entire sentences using just the first letter of each word. ROFLMAOOMG!

Ok so maybe that hasn’t been the English language’s highest point. But with words like Occupy, Arab Spring and even Humble Brag, making it straight into the ADS list, it’s interesting to witness how Twitter has become an instant reflection of what our lives and our year have been like, and, by extension, what our language is becoming.

The Arab Spring might have made its first appearance in 2011 thanks to a January article by Marc Lynch in Foreign Policy, but it wasn’t long before the hashtag was all over Twitter, and continues to dominate tweets that discuss the uprisings throughout the Middle East. If it weren’t for Twitter, would the use of the term caught on in mainstream media and been so deeply embedded in our brains for the entire year? It’s hard to tell. 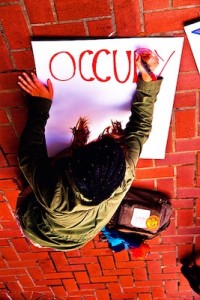 Another popular word this year has been Occupy, and to be frank, it’s probably hard to think of that word without appending a hashtag to the beginning. More so than the Arab Spring, the use of the word on Twitter has been extremely significant.

Mainstream media has often taken a back seat to citizen journalism in regards to reporting from the ground. Violent crackdowns on the Occupy Movements throughout the United States were often ignored by mainstream media, or journalists were simply harassed – whether by the police or the protesters themselves – to the point of not being able to do their jobs. Twitter, Bambuser, Protest4 and other tools, on the other hand, have forced Occupy to the forefront of 2011’s stage.

These events, together with that technology, are now shaping our language.