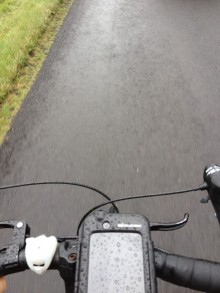 Seventy founders, corporate types and VCs will take to their bikes this coming weekend to cycle from Paris to London in order to raise money for charity.

The group of kind-hearted individuals will set off on the Eurostar on Friday morning, only to turn around and start the 200 mile route home to be covered over the course of the following three days, ultimately arriving back at Google Campus in London on Sunday for a celebratory drink and well-earned sit down.

Donations to last year’s ride resulted in a school and two libraries being built in Nepal (via Room to Read) and this year’s target hopes to double that and raise $75,000 in total. If this sounds like a good cause and you want to sponsor a rider, you go right ahead.