This article was published on September 20, 2014

You’ve watched the Apple keynote and read the reviews (“Here it is: The Apple Watch”) so now it is time to ask yourself; am I going to buy the Apple Watch when it comes out in early 2015? Let us help you out with a bunch of great reasons to buy one, and a few even better reasons NOT to buy one. 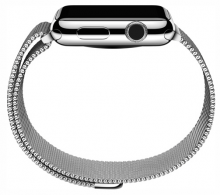 Pros: The Apple Watch starts at $349 and that’s just not a lot of money for a watch that is this well designed and produced. Don’t take my word for it, but read this review by a real watch expert:

“Apple got more details right on their watch than the vast majority of Swiss and Asian brands do with similarly priced watches, and those details add up to a really impressive piece of design. It offers so much more functionality than other digitals it’s almost embarrassing.”

And that’s just about the design and different bands. If the Apple Watch did nothing else besides show the time it could still compete with what you can buy at any watch store right now. But since it does so much more, this is really great value for money.

Cons: There’s a difference between ‘a lot of money’ and ‘expensive’. Looking at the features I don’t think anyone can seriously argue that this watch is expensive. But $349 is a lot of money to a lot of people. If you have to choose between buying food and buying an Apple Watch the choice is simple and no amount of good reason should persuade you to think differently. 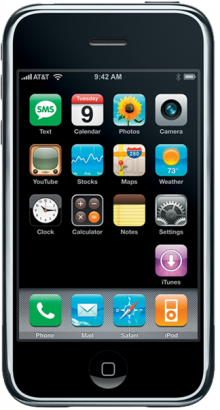 Pros: On the first day the iPhone became available I was there at the store in San Francisco and I bought 20 of them. One for myself and the rest for friends and co-workers who had asked me to bring them one because it wouldn’t be available in my home country for another few months. For the next 3 months the iPhone would get me a lot more attention than I ever expected. People would stop me in the streets, stare at me in restaurants and I would hear couples whisper at each other  ‘That’s the iPhone!’. People would interrupt my lunch meetings to ask for a demo and some people would even ask me if they could take a picture of themselves holding the iPhone. Then the iPad came out, and the same thing happened all over again. The same will happen with the Apple Watch. If you are into that kind of thing you should get one as soon as possible.

Cons: Everything described here can sound like a nightmare scenario to some. If you like you privacy and rest and don’t like to be approached by total strangers who want to see your watch, then it would be better to wait a few months until more people have one.

Pros: I love trying out new stuff and getting a view of what the future has in store for us. I’m lucky enough to have been able to turn this passion into a job, so surely I will be one of the first people to get this watch and share my experiences with you. Even if it ends up being a dud and totally useless I’d still enjoy testing and trying it, seeing if I can build something for it, and when I’m fed up with it I’ll give it away to someone else to play around with.

Cons: If you like your gadgets to just work you might want to wait for the second generation. Apple is known for launching new products with a minimum of features and really improving the experience with the second generation. The first iPhone didn’t have 3G or an App Store. The first iPad was big, slow and didn’t have a camera. If you have the patience to wait a year, let someone else work out the bugs and join the party when there’s a more fully developed product on the table.

You (don’t) have an iPhone

Pros: If you own an iPhone the Apple Watch is the perfect accessory. You can seamlessly start work on one device and pick it up on the other. Notifications will go back and forth and information is always in sync. If you have an iPhone it makes total sense to expand it with an Apple Watch.

Cons: The Apple Watch won’t do you much good if you don’t have an iPhone, so that an easy one.

You love/hate everything Apple does

Pros: If you bought every other gadget Apple has ever produced and cried during the keynote, well, buy this too! Why are you even reading this post? You should be camping outside of an Apple store so you are first in line when it comes available! It is launched in early 2015? So what? That’s only like 4 or 5 months away?

Cons: We see lots of comments from people who take this opportunity to bash Apple and explain how the company is going to hell, how it isn’t innovative anymore, how your love your Blackberry, Samsung or Windows Phone and how you’ll never buy an Apple Watch. We get it, you are not the target demographic, no need to get upset or aggressive about it. Keep calm and move on.

You own a watch and wear it every day

Pros: If you’re a watch collector or aficionado you probably still want to own this piece of history. You might not wear it everyday, but maybe you could alternate between wearing your Breguet Classique Hora Mundi and your Baume & Mercier Capeland Worldtimer and the Apple Watch. Or get the Apple Watch for sports and only wear it when you go running or biking.

Cons: The Apple Watch won’t last for 30 or 50 years. Or maybe it will but you won’t use it that long. Just like a Macintosh Classic still works, but isn’t really useful anymore. A classic mechanical watch can be passed on from one generation to another and then to the next. The Apple Watch most likely will end up in a drawer between your Newton, 3 serial bus keyboards and that manual to Hypercard, until one day you find out it really doesn’t work anymore and you’ll throw it out.

You also can’t hide the Apple Watch in your ass. It is not watertight and simply too big. Unlike a gold watch:

Pro: Got the money, love being a beta-tester, don’t own a watch already, have an iPhone and have daydreams about taking long walks with Steve Jobs? Go ahead, spend the money!

Con: Do Apple Fanboys make you vomit in your mouth a little bit, is Android the best platform in the world and got better things to invest your money in? GTFO with this damn watch!

Up next: “Hands-on with the Apple Watch, sort of” and my theory on why “The Apple Watch will be the most viral Apple product ever“