Humans are more divided than ever. The world’s literally on fire. And people won’t stop asking Billie Eilish stupid questions. But, amidst all the bullshit that 2019 threw at us, there has been at least one ray of sunshine: phones.

Okay, yeah, that might not be the biggest consolation, but you’ve got to find something positive in this world, right?

Anyway, over the past 12 months, TNW’s crack team of reporters, writers, reviewers, and editors, got their hands on a gamut of the freshest phones around. The following list contains six of our favorite handsets of the year, which basically means they’re the best phones of 2019.

The iPhone 11 Pro Max isn’t a revolutionary device. It doesn’t do a huge amount more than the Xs. But what it does do is everything. Better.

With the iPhone 11 Pro Max, Apple has made an incredibly polished and powerful phone that’s a downright joy to use — which is why it is, in my opinion, the best phone of 2019.

Apple has directly addressed some of the concerns people had with its previous phones. After the introduction of an extra lens and some beefed-up image-processing, the iPhone 11 Pro Max’s camera set-up is now the equal of anything on the market. The battery life is also breathtaking, with the phone regularly lasting me two working days.

The best way I can describe the iPhone 11 Pro Max is no matter which phone I’m currently testing and trialing, I’m always excited to get back to Apple’s handset. It really is that good. (Callum)

Interested in having your own iPhone 11 Pro Max? Well, head in this direction.

I should hate the Pixel 4.

It’s priced unreasonably high (it’s gotten more expensive than the iPhone), it has no fingerprint scanner (just a personal preference, to be fair), and its camera app — one of its top selling points — has no dedicated Pro mode.

Yet I absolutely love it.

It’s compact, but not too small. It’s got a gorgeous design (I give it bonus points for going against the notch trend). But most importantly, it’s a delight to use.

Yes, you’ll find better-specced devices out there, but I’ve always insisted that perceived performance is what matters the most — and Google has nailed it in that department. The Pixel 4 feels smooth like no other phone I’ve had.

I love that seamless experience so much that I’m even willing to look past the lack of a dedicated Pro mode in the camera app (even though it’s a big deal to me) and name the Google Pixel 4 the best phone of 2019. (Mix)

If you like the sound of the Google Pixel 4 range, you can grab one here.

I’ve been using OnePlus phones for about five years now, and I’ve generally enjoyed their design language and clean, bloat-free Android software. The OnePlus 7 Pro is among the most refined examples of the company’s approach to making phones, with a beautiful display that spills over onto the sides, a sophisticated matte finish on the rear panel, and a robust hardware package that delivers excellent performance across the board.

While the 7 Pro didn’t make a huge splash with its cameras, it’s arguably one of the best shooters in the smartphone market right now, thanks to its range of lenses, reliable software, and commendable image-processing tech. Although I’ve been getting familiar with my new mirrorless camera lately, I still find myself using the 7 Pro for quick captures, and the results are almost always delightful.

It’s a tad too large and heavy for my taste, and I think the design isn’t as remarkable as many of my other favorite phones from the past decade (remember the HTC One X? Oof), but the 7 Pro is truly a treat to use, is one of the best phones of 2019, and I’ll miss it when I move onto the next one. (Abhi)

You can pick up the OnePlus 7 Pro here, friends.

After Apple released its new phones in September, I’ve been religiously using the iPhone 11 — and things are great.

However, one device I miss is one of the best phones of 2019: Huawei’s P30 Pro. I chose to carry that device alongside the iPhone Xs when I was going on my trip to Europe, mainly because it has a better variety of lenses than the Pixel 3XL.

And boy! I wasn’t disappointed.

The phone was great at capturing memories of various places I visited. While my colleague Mix didn’t like the phone much for street photography purposes, I was mainly taking snaps of natural landscapes, buildings, and food. For that, the phone’s arsenal of 40-megapixel main camera, a wide-angle camera, a telephoto camera with 5x optical zoom, and time-of-flight sensor was more than sufficient.

Plus, the phone has one of the cleanest and most non-intrusive software set-ups I’ve ever seen on a Huawei device. It also has fantastic battery life — with a 4,000 mAh capacity — and 40W fast charging. What more can you ask for?

The only bad thing is that, following the ongoing ban saga, it’s a pity I won’t able to keep suggesting Huawei devices to everyone in the world. (Ivan)

You can grab a Huawei P30 Pro here.

Samsung’s Galaxy Fold may have been the most hyped phone of the year, but the new Motor Razr might be the one to actually make folding phones common. It uses a midrange processor, it only has one camera, and has a small battery, but man, that screen.

Motorola appears to have addressed one of the biggest concerns of folding phones — a crease at the fold — thanks to a cleverly designed hinge. Unlike other folding phones that try to give you an even bigger screen to do more on, Motorola is giving you a big screen in a compact frame. It’s clamshell design means it’s a phone that, in a way, encourages you to use your phone less. In the this age of information saturation, that’s something most of us can use.

It might not even be out yet, but the Motorola Razr might just be the best phone of 2019. Well, I hope so at least. (Napier)

Oppo isn’t the biggest name in the west, but has been pumping out seriously impressive phones with interesting features. The Oppo Reno 10x Zoom is mainly famous for its pizza slice selfie camera. Basically, when you activate the front camera, a wedge pops out of the top of the phone.

This has two major benefits. The first is a beautiful, uninterrupted screen. The second is that people love it when you show them the camera emerging from the depths of the device.

Generally, I’m pretty happy to be back on iOS after using Android phones, but the Oppo Reno 10x Zoom is one of the few that I missed after testing something else out. The battery life was great, the camera wonderful, and the user experience slick.

Considering the rate that smartphones are moving, the next few years from Oppo sure are going to be interesting. (Callum)

You can buy yourself an Oppo Reno 10x Zoom here.

There you have it! TNW’s six favorite phones from 2019. Are there any that you wished made the list? Well, let us know on Twitter and we’ll tell you exactly why you’re wrong.

Here’s looking forward to even more sick phones coming out next year! 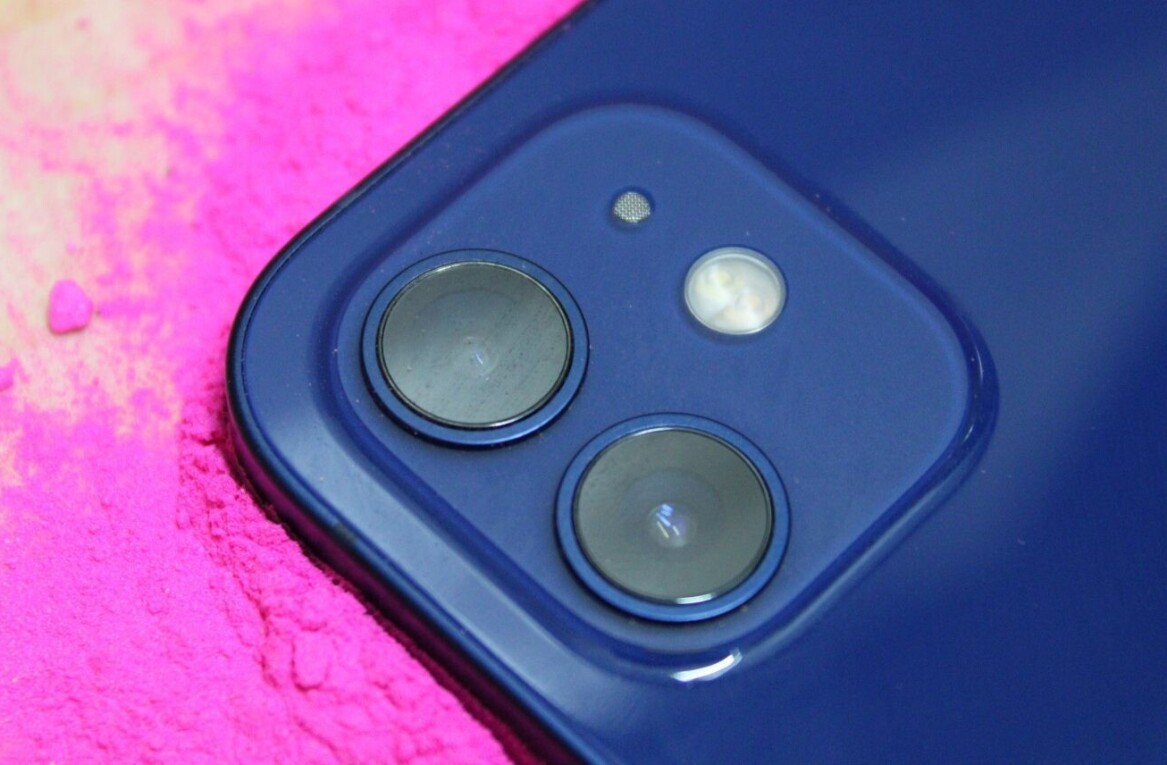