At The Next Web, we get asked one question a lot. “Which apps are must-have’s for my iPhone?”. It’s a common question, especially with a lot of new Sprint and Verizon users jumping on the iDevice bandwagon. Luckily, we look at quite a few apps.

By looking at so many apps, we see which ones stick and which ones get deleted quickly. Some apps are so useful, they’ll probably be on our devices until the iPhone 10.

Here is a solid list of 5 apps that you simply must have on your Apple devices. These are even better than Apple’s built in apps in some cases. Sadly for Google, the Gmail app hasn’t made the list yet. Some of them may seem obvious, but the uses for them might not be. 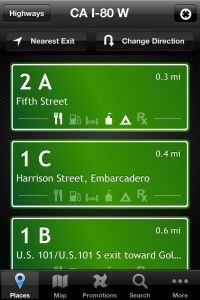 If you’re a driver, you shouldn’t be looking at your iPhone first of all. But if you have a passenger, they must have RoadNinja. This app does everything you’d want a smart GPS to do, but doesn’t. RoadNinja will show you upcoming exits on the highway and what places are close to them, so that you can choose which exit will be your next. It’s completely customizable, tapping the foursquare API to tell you what coffee shops, restaurants, attractions, and pretty much everything else is conveniently close.

If you drive, you simply must have RoadNinja by your side. And it’s free.

If you’re into food 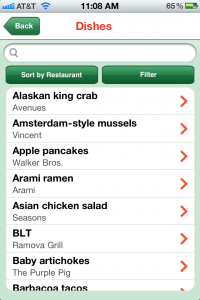 It’s pretty much a guarantee that you eat food, we all do. There are a whole host of apps that tell you where you can eat in the city you’re inhabiting at the moment. Some apps tell you what your friends think, some apps try to recommend places to go based on your previous eating escapades, but only Chefs Feed tells you what true food connoisseurs think.

Some of the best chefs in the major cities in America are on Chefs Feed to tell you what restaurants and foods you should check out. If you’re looking for a new place to eat, leave it to the professionals to tell you where to go.

If you’re tired of texting and email 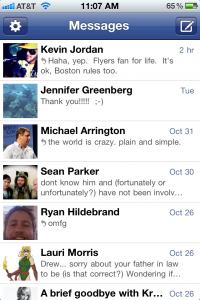 It’s safe to say that most of us use Facebook these days. Over 800 millions users can’t be wrong. Even though Facebook has released updates to its iOS app and finally given us an iPad native one, it’s not the app that you simply must have.

Facebook Messenger is the perfect companion to Facebook. Even while you’re mobile and waiting for a bus, you probably don’t have the time to experience Facebook fully. Facebook Messenger takes one of the stronger features from the site, and makes it easy to use.

The app is a must-have to keep in touch with Facebook friends, letting you send photos and see who’s online. Considering that most of our friends are on Facebook too, Facebook Messenger completely replaces text messaging and personal email for some. 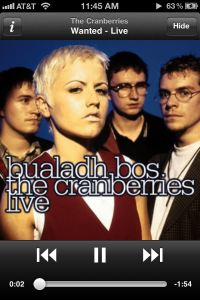 Streaming is all the rage these days, and no app does it better than Spotify. This is by far the app that I use the most on the go. With a solid interface for playlists, sending tracks to friends, sharing on Facebook and Twitter, the app is a must have.

If you have a Spotify Premium account, you can sync your playlists on any device for offline listening. This makes plane trips and car rides perfect, as you don’t have to have WiFI or 3G signals to gain access to your music.

The discovery interface is equally as solid, letting you find new songs to listen to on the road. The music that you listen to on your iOS device will even update your Facebook Music feed.

If you take photos 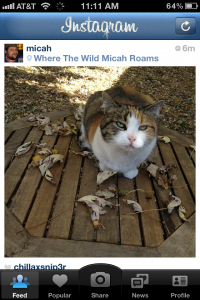 With a powerful camera now on iPhones, iPods, and iPads, you’ll want to take a lot of photos. Even if you’re not a professional photographer, you may want to share your photos with people and hear what they have to think about them.

There is one king of photo apps, and that is Instagram. The app has a huge community around taking photos, putting a pretty filter on it, and liking them until they become popular. I’ve said it before, but the Instagram app is what Flickr could have had, if they dedicated themselves to its community like it used to.

Version 2.0 of Instagram was a huge improvement, letting you apply filters instantly. The company continues to roll out new filters and boasts a user base of over 12 million according to founder Kevin Systrom.

The not so obvious part of why Instagram is an absolute must have, is that so many developers are using its API to build fun and useful things that use our photos.

So there you have it. These are the 5 apps that I feel like you can’t live without, or perhaps 5 apps that can make your life a little bit easier and more enjoyable, just as Steve Jobs would have wanted it.

What apps can’t you live without? Tell us in the comments!