Nvidia threw open the doors on its new robotics laboratory in Seattle last week, ushering in a new era for the company. In doing so it’s put the competition on notice.

The 13,000-foot Seattle facility is an innovation center designed for a staff of 50. Among its first projects is a joint-endeavor with IKEA featuring a domestic robot designed to assist humans in the kitchen.

The competition may be creating contraptions that can perform incredible acrobatics:

But we think the first company to develop a consumer robot capable of making sandwiches and serving drinks, in any consumer’s kitchen, will likely win the home-robotics game.

And that’s why there’s an argument to be made that Nvidia’s shift into the robotics field is worth paying attention to. Industry analysts seem to think this is the tonic for what ails the company, after it became the worst performing stock on the S&P 500 last quarter.

The company’sperformance last quarter was disappointing, but unsurprising. MarketWatch considers Nvidia a “favored, but bruised” stock, and that pretty much sums up the company’s last 12 months or so.

But the bottom fell out of the cryptocurrency market in 2018 and Nvidia saw a sharp decrease in sales for its graphics cards. Couple that with a dead-zone for product sales as the company began unveiling its newest generation of graphics cards, and Nvidia ended up with a December for investors to forget.

At the same time, Nvidia’s AI researchers have spent the last year wowing the world with one amazing reveal after another. This culminated in the opening of the company’s AI laboratory in Toronto last September.

Between the two recently-launched locations, it’d be fairly easy to surmise the company is headed towards the production of consumer electronics, specifically domestic robots.

CCN’s Melanie Kramer writes that the facility’s IKEA kitchen laboratory indicates its research will “translate into Nvidia products.” But, chances are, these would be under-the-hood products like its graphics cards.

It’s hard to build a case for Nvidia expanding its current operations to manufacture its own robots at mass scale. But it’s no leap to imagine it developing cards and software for any number of external robotics manufacturers — in essence the same thing it does now with graphics cards and PC builders.

Although, to obscure things further, the aforementioned kitchen robot is what the company calls a “cobot.” Nvidia’s new director of robotics at the Seattle facility, Dieter Fox, told VentureBeat that these are:

The kind of robots that are going to come up that I think are going to be like the next generation of robot, the robot that can perform manipulation task alongside people, which means far more unstructured environment robots, for example, that help people with physical disabilities, robots that could ultimately also be deployed in our homes help us with everyday chores, even with cooking tasks or things like that, but also manufacturing.

There’s probably an outside shot that the “Nvidia Cobot” gets unveiled at CES in the 2020s — your guess is as good as anyone’s, at this stage. Although, cobot is a bit too close to Gobot, if you ask us.

The real problem is that, while experts predict they’re right around the corner, domestic robots are still science fiction at this point. Anything more complex than a Roomba tends to only exist in a laboratory environment.

But, for those of us who yearn for a future where robots do the dishes, the company’s entry into the field of domestic robotics at least spells good news. There are few companies better suited to light a fire under any would-be competitors’ chassis than Nvidia.

We reached out to Nvidia for further comment and will update this article as necessary. 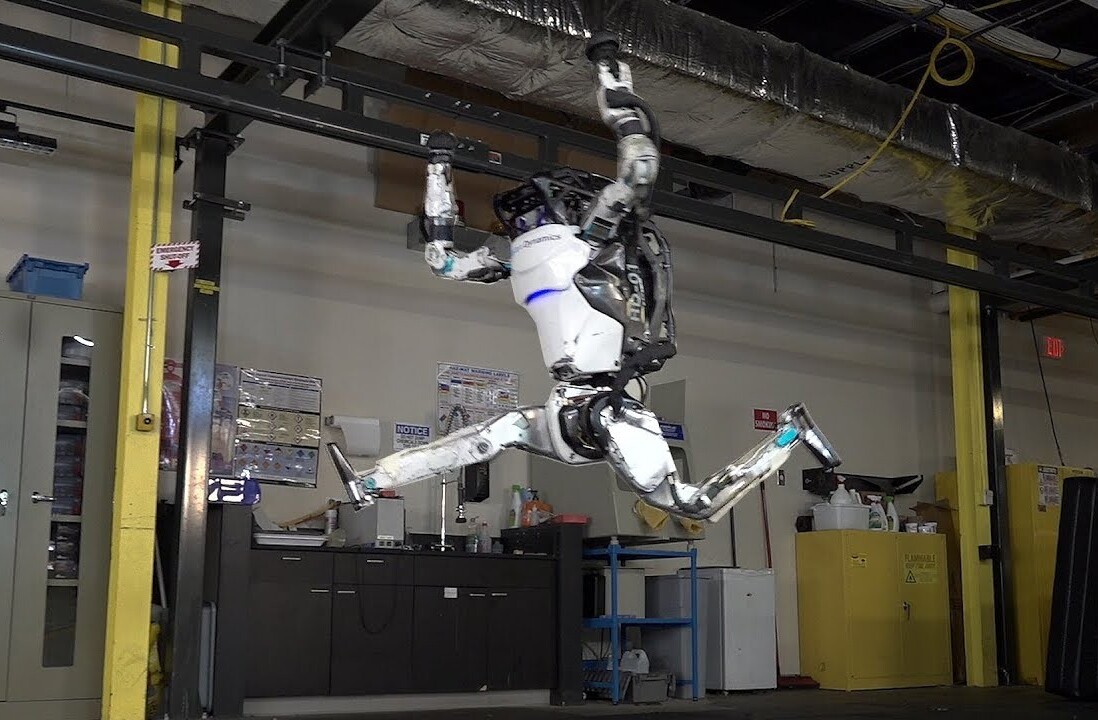