The daily deal space has exploded this year! From acquisitions to relaunches, name changes and planned IPOs, tons of information has been absorbed right into this bubbly infographic by 8coupons.

In 2010, there were 20 daily deal sites on the market. Now, there are over 800 daily deals sites out there, and that’s just in the United States. During this past year, we’ve watched daily deals sites take off in almost every country in the world, meanwhile Facebook failed when it attempted to break into the daily deal space.

What else has happened in the past year? Check out this infographic to find out… 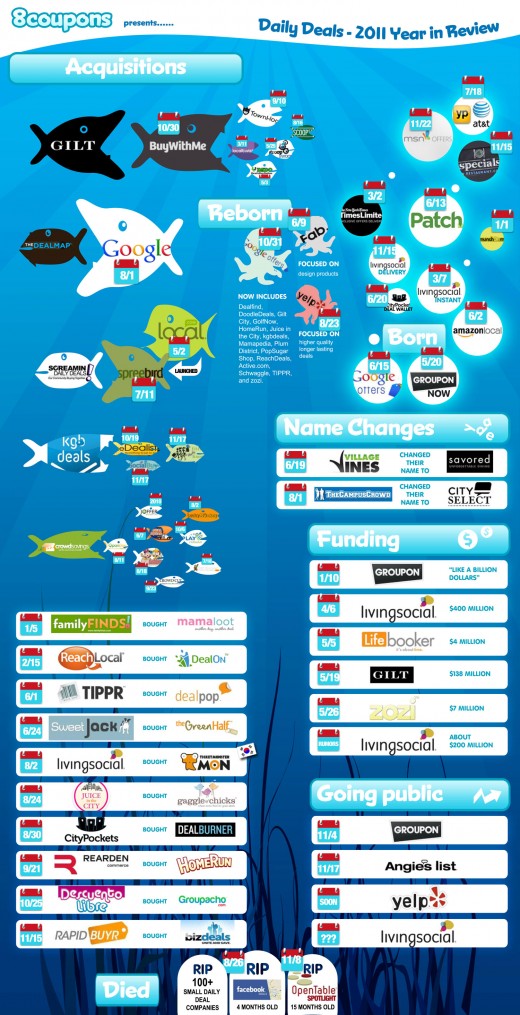