This article was published on December 26, 2019

Right now, there are more than 700,000 active podcasts and more than 29 million podcast episodes, as illustrated by Music Oomph. So it’s no wonder 2019 feels like ‘the year’ for podcasts as a Twitter user perfectly illustrated in a meme:

Starting a podcast in 2019 pic.twitter.com/Lrx39rXNSp

As thousands of podcasts are uploaded to streaming platforms every day, searching for a new series or episode isn’t an easy job — you’ll find yourself wading through the mediocre, the over-enthusiastic, and the unrelatable shows.

So, to save you the hassle of finding your next go-to podcasts, TNW’s editorial team have hand-picked their favorite series and episodes of the year. We’ve got a show breaking down the elements of a pop song, traveling the world to learn about crypto, a witty weekly round-up of current affairs, and more.

Pop songs are often looked at as ‘easy to create’ radio-friendly songs. But there are a lot of factors involved when artists sit down to create a track or an album. What’s it gonna sound like? How long should it be? Should we release a single or a whole album? Is it streaming-friendly?

I frankly didn’t know about the many mind-boggling aspects of pop and its cultural nuances. So, when I started listening to Switched On Pop this year, I got obsessed. Every episode peeks into an artists, a sub-genre, or a trend in pop music.

They have fascinating episodes such as the one on the history of Baby Shark and another on the importance of space in songs, to break down Ariana Grande’s hit song, “7 rings.”

You don’t have to be into Bitcoin or cryptocurrency to enjoy this podcast. In many ways its story is reminiscent of a real-life crime thriller. Host Bartlett travels the world with his producer Georgia Catt in search of Ignatova. Along the way they meet with those that have lost out massively to the OneCoin promise and those that have been lucky enough to profit. Over the course of their investigation, what unravels before them is so alarming it’s almost hard to believe it happened in the modern day.

Hosted by double-act Pandora Sykes and Dolly Alderton, The High Low is a pop-culture and news podcast series offering a witty opinion on what’s going on every week.

After discovering this podcast earlier this year, I don’t think there’s been a week I’ve missed. Although I don’t agree with every opinion they have on certain issues — since they’re self-proclaimed ‘privileged’ middle-class women — they do have a good balance of intellectually dissected opinions on important topics. They cover subjects ranging from sexual assault, to laid-back, funny, and snarky commentary on anything else.

Also, earlier this year, I went to The High Low Experience, which was a live session where Alderton and Sykes discussed out-dated self-help books on relationships, how their podcast has grown, and discussing other bits of the news from the time.

Above all, it’s great to have a space where serious things are discussed lightly and frankly — and that’s enough reason for you to check it out.

That’s why I’m a huge fan of the H3 Podcast, hosted by power couple Hila Klein (CEO of Teddy Fresh) and Ethan Klein (also known as Fupas Maximus). Where do I start? Their excellent food tier reviews, their memetastic guests, their succinct YouTube drama breakdowns. They do it all.

Anyways, one of my absolute favorite episodes is the podcast with Oliver Tree.

Admittedly, I had never heard of Oliver Tree prior to his appearance on the H3 Podcast, but his dynamic with the Ethan and Hila was great. They memed, they beefed, they squashed the drama, it was truly an episode packed with excitement.

You should totally check it out.

In the early 1960s, three daring young students from West Berlin facilitated the escape of 26 of their friends and family from Communist East Berlin — by burrowing underground the fractured city. BBC’s ten-part radio documentary, which you can now enjoy as a podcast, beautifully recounts this tale of bravery, ingenuity, and intrigue in bite-size episodes.

The students are in constant danger of being discovered, because there are spies everywhere — even in West Berlin. They’ve also never built a tunnel before.

The story takes you from Germany’s capital to New York City, where NBC studio executives hear about the plan and decide to capture the event on film. They also agree to pay the builders for the privilege of shooting the effort. I mention this because there’s a black-and-white documentary that you can watch if the podcast sufficiently piques your interest.

If you’re looking to binge on a show but don’t want to lose your entire winter to it, Tunnel 29 is a good way to go. Tune in by subscribing to BBC’s Intrigue podcast and grabbing the latest season, which spans 10 episodes.

Check it out here.

Dan Carlin is one of the most iconic podcasters out there (if you’re a history nerd, that is), and his 4+ hours-long episodes of Hardcore History are a dense and detailed delight for the ears. This year Dan Carlin added the second and third installment of his expansive Supernova in the East series, which details how Japan’s history and culture in the pre-war years led to its participation in the Second World War.

The holidays are the perfect time to get sucked into incredibly long podcasts, and Hardcore History is truly one of the best made series out there. You can find the whole series here or on your favorite podcast app.

I love reading, I love writing, I love reading about writers, and listening to writers talk about how and why they write! Each episode of The Longreads Podcast is an in-depth interview with established writers from all industries — journalism, fiction, poetry, and more. I would especially recommend the episodes with Jenna Wortham, PJ Vogt, and Alex Blumberg.

The Guilt and Shame Podcast is a wonderful, mind-melty conversation between three friends — Comedians Gabriel Bisset-Smith and Robert Cawsey and writer Vicky Jones — who all work in theater and screenwriting.

There, I said it. It feels wonderful to get that out there. Now, if you’re not from the UK, you might not really understand the implications of being a rugby fan, so let me give you a hand: it’s seen as Tory sport.

This, to the uninformed on British politics, means its fanbase has a reputation of being filled with loud, middle-aged white men with bulging guts, wearing mustard chinos and gilets, and holding terrible opinions — basically, picture Jeremy Clarkson. It’s that sort of person.

While the game has strong working class roots too, it has even stronger links to private (AKA fee-paying) schools. Which, unfortunately, have a habit of producing some right fucking dickheads — many of whom play or follow the game en masse.

Alongside this, there’s also a boorish, lad-heavy culture attached to rugby. Just ask anyone who’s bumped into a university team out on a Wednesday social.

On one hand, an irritating community isn’t a problem if you just enjoy watching the professional game. You can still savor the big hits, the intricacies, the skills, the tactics, and the sheer bloody-mindedness of those who play sport without coming needing to interact with horrendous people.

The problem comes is when you want more than that. One of the great parts of fandom is immersing yourself in the media around the sport. So, if you’re looking to understand more about rugby, to dive into game analysis, and get involved in its narrative, you’re going to come in contact with some total bellends.

And, I’ll be honest, I listened to (and still do listen) a lot of these absolute chodes, because I really do love rugby.

But then I found the Blood & Mud rugby podcast. Basically, it’s all the best parts of the sport combined into a weekly podcast. It’s sweary, funny, and hosted by people I’d actually like to meet in real life. I can’t tell you how rare and refreshing that is in the sport’s landscape.

Also, importantly, it makes me a little less ashamed for loving rugby as much as I do. And that’s gotta be worth something.

I am not a designer, I know nothing about architecture, and the closestI have ever come to drawing, designing, or building something was probably back in primary school. However, this year I have been completely blown away by the podcast “99% Invisible,” created by by award-winning producer, Roman Mars.

This series gives an in-depth explanation of all the man-made things you have always taken for granted. In particular, it focuses on all the unnoticed architecture and designs that shape our world.

Episode 13, for example, is about maps. We use maps every day and it’s surprising how little we know about them: how has the world map evolved in the past decade? Is there a criteria for maps’ color palettes? I am not going to lie: at first, some of the episodes had zero appeal to me until I clicked play and started listening. I’m a media and communication graduate, so why should I care about revolving doors and pyramids building processes? And here lies the reason why this podcast is so fascinating to me.

Its storytelling is on point and even quirky and apparently tedious topics like tube benders or barcodes can become an intimate and in-depth learning experience. In other words, 99% Invisible is able to give you enough fan facts about screwdrivers and steering wheels, that you’ll end up bringing it up during normal, everyday conversation and, most importantly, it’ll pleasantly enrich your knowledge about man-made creations that we all should know more about.

Ari Shaffir is an American comedian, and hosts a podcast called the Skeptic Tank. While many of his guests are comedians, the idea is to have a conversation with someone on a topic that they feel they are experts in. So yeah, it features comedians, but it doesn’t always.

For example: “Big Jay Oakerson and I went up to the roof to talk about smoking. How he started, how he tries to quit, how cool it is, what it does to you, the smell. Really all of it. As we did it, he smoked a cigarette and I smoked a cigar.”

Shaffir’s worldview is compelling and completely against what has come to be the modern grain. I’d recommend checking it out if you’re into not being a total sheep.

Song Exploder is literally my go-to music podcast right now. Billed as a series “where musicians take apart their songs and piece by piece tell the story of how they were made,” it’s one of the most fascinating programs if you’re are really interested in knowing about the nuts and bolts of the process that went into crafting a song together.

From Jay Som (Tenderness) to Big Thief (Cattails) to Slowdive (Sugar for the Pill) to Julien Baker (Appointments), the roster of artists who have been featured has only gotten bigger and better. With each episode running a crisp 20 minutes or so, Song Exploder is the place to go for music details that you may have otherwise missed.

We hope you enjoy our podcast picks, let us know your favorite in the comments. 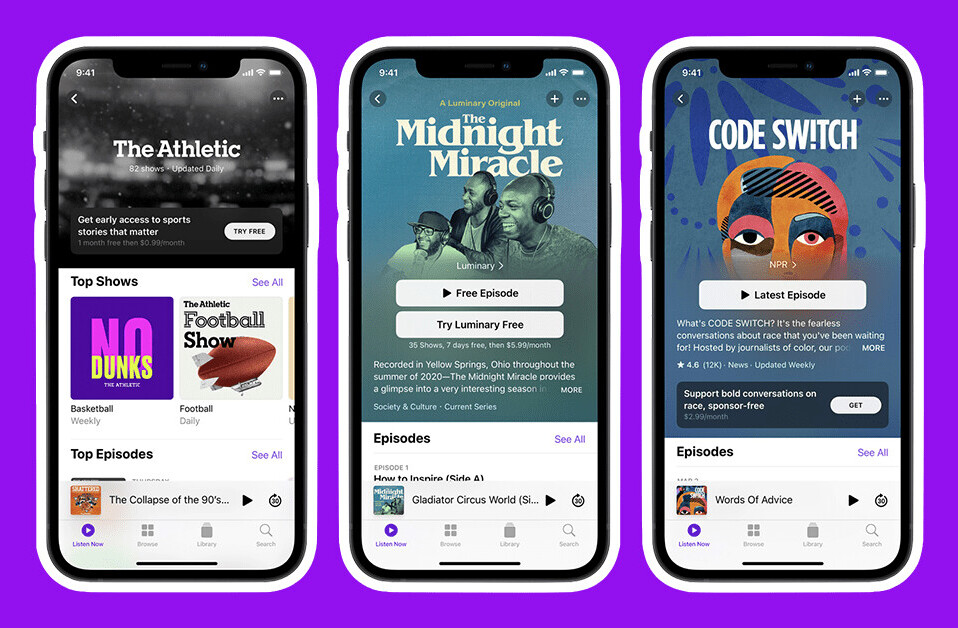 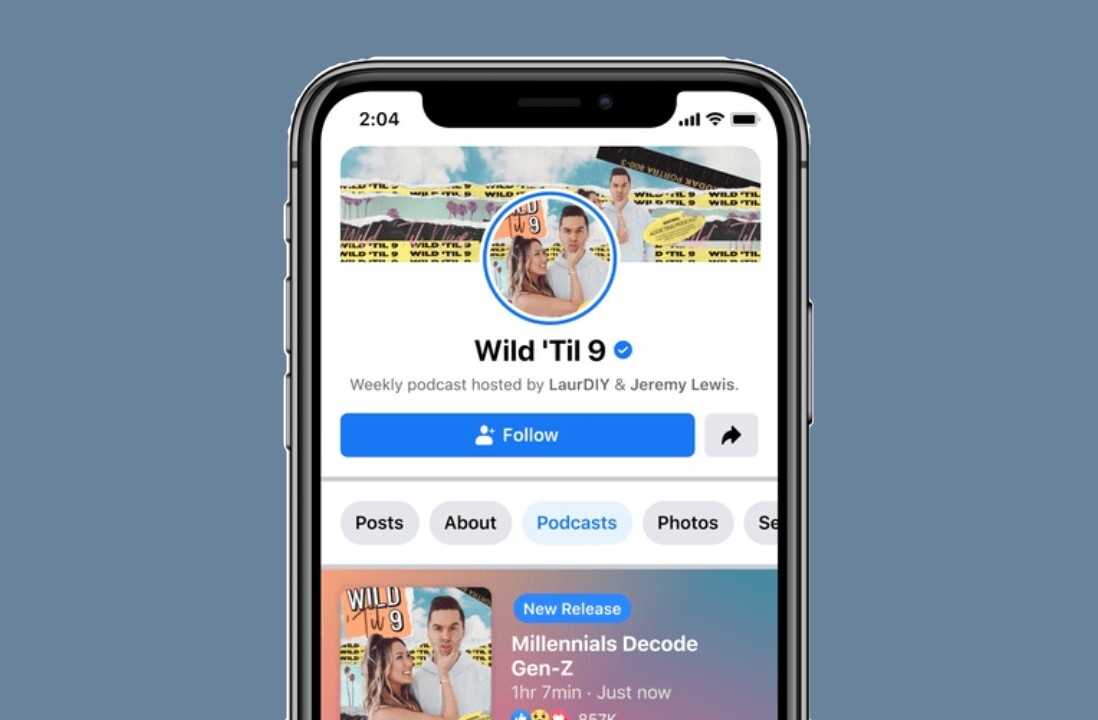