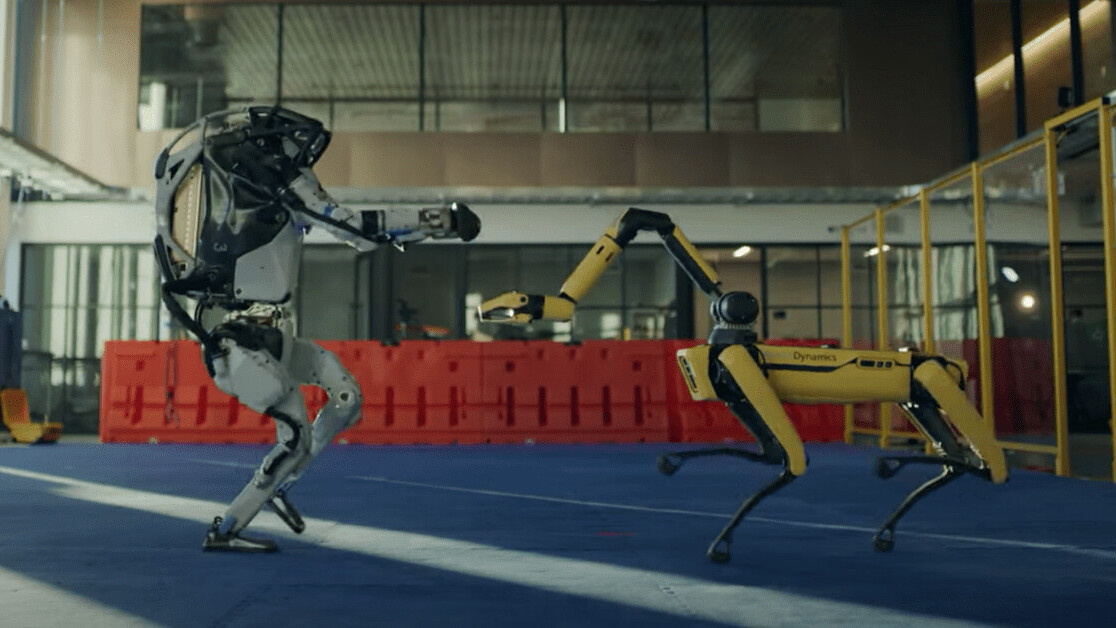 Boston Dynamics robots have attracted a mix of amazement and terror for their diverse range of feats. The bots have already sniffed out bombs, patrolled oil rigs, monitored COVID-19 patients, done parkour, and occasionally fallen over. But the company’s latest video shows they can also cut up a rug.

The Massachusetts-based firm has released a video of its creations throwing shapes (although curiously not the robot) to the Motown classic “Do You Love Me.”

The whole gang has hit the dance floor: there’s the humanoid Atlas shaking its stuff like a past-his-prime John Travolta in an ill-advised Pulp Fiction reboot; box-stacker Handle rolling along to the rhythm; and Spot the quadruped miming the lyrics through a terrifying jaw that looks poised to eject a Xenomorph-style lethal tongue.

In a shocking breach of social distancing guidelines, the quartet dance in unison, apparently oblivious to the pandemic that prevents us puny humans from joining the fun. But at least we’re spared the humiliation of getting served by insentient objects.

The moves are a bit janky at times, but the mobility and coordination of their routine is impressively fluid for lumps of metal and plastic.

Boston Dynamics is yet to reveal how the robots learned to boogie. The MIT spinoff — which was recently scooped up by Korean carmaker Hyundai in a $1.1 billion deal — has only said it got the gang together to celebrate the start of what is (hopefully) a happier year.

To me, it looks more like a harbinger of doom. But a robot apocalypse could still be an improvement on the joys of 2020. Shame we likely won’t survive to see the victory dance.