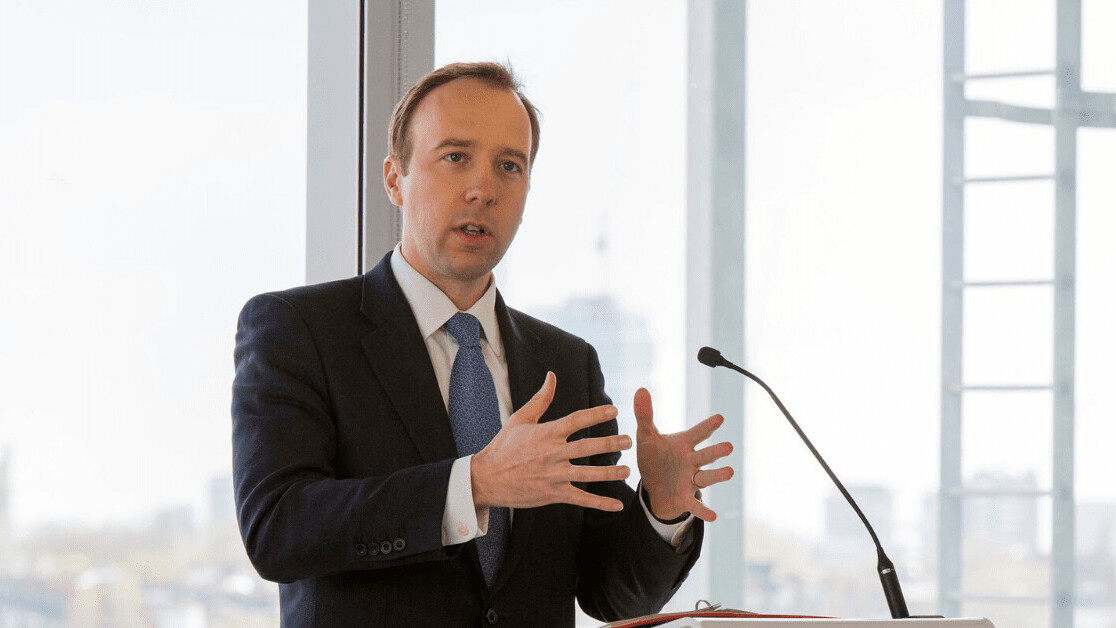 British Health Secretary Matt Hancock admitted this morning that he was unaware of a data breach at the virtual doctor app he controversially endorsed in 2018.

The breach at Babylon Health this week allowed users of the app to see confidential video recordings of other patients’ consultations with their doctors. Hancock had notoriously praised the company in a newspaper supplement paid for by Babylon, describing its app as a “revolutionary” service that should be “available to all”. He later called for the UK’s National Health Service (NHS) to change its rules so that people could more easily access the app.

Nonetheless, the former Digital Minster revealed he had no idea about the breach at the end of a talk today at AI conference CogX. Apparently unaware that his voice was still being broadcast, Hancock admitted he should have known, “especially since they’re my GP.”

To the audience’s horror, he added: “Honestly, they know more about my bunion than anybody.”

The breach is big news in the UK, so Hancock will surely be wondering why advisors didn’t brief him on it. But the Health Secretary was presumably preoccupied with the enormous range of other healthtech issues surrounding the country’s handling of the pandemic.

Chief among them is the debacle around contact tracing. The UK has spurned the decentralized approach offered by Apple and Google in favor of storing it on a centralized database. But the plans have been beset by delays, security flaws, and concerns around effectiveness.

In May, the government promised that the “world-beating” test-and-trace system would be in place by June 1 — but the app still remains under development. Hancock refused to put a date on the launch, but claimed that trials in the Isle of Wight had been “very successful.”

He added the app was just “the cherry on top” of the government’s approach, and that the best way of getting people to self-isolate was by NHS contact tracers getting in touch with them.

“What really matters is the people,” he said. “And the technology is a facilitator for people to be able to do things better.”

Hancock has previously professed to have an “unsurpassable enthusiasm for tech,” and was quick to defend the encroachment of private firms into the NHS.

When asked the involvement of data mining firm Palantir in predicting surges in NHS demand, he said the sector had been “absolutely brilliant at building the tech we need.”

“I think this whole debate in the past that the NHS has to be only public sector and you can’t have private companies helping — I just think it’s for the birds,” he said.

“It’s completely out of date, and what we need is teamwork and partnership. And that’s what delivered during the crisis, and that is the way that we’ll go forward because that is the best way to deliver healthcare free at the point of delivery.”

That will only add to concerns that the Conservative government is transferring NHS duties to the private sector without proper scrutiny.

Shortly before his death in 2018, Professor Stephen Hawking had warned that the Conservatives were leading the NHS “towards a US-style insurance system, run by… private companies”, and that “we must prevent the establishment of a two-tier service.”

The coronavirus pandemic has only accelerated that process.