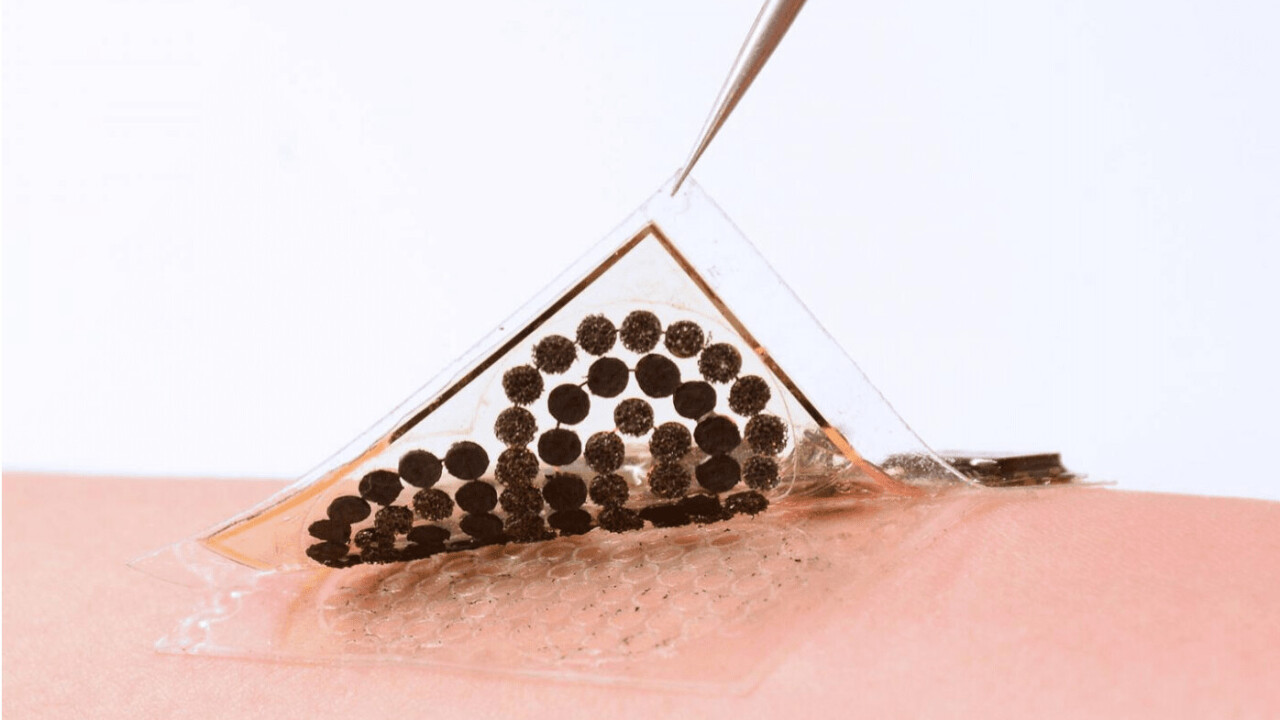 Scientists have developed an electronic skin that converts sweat into energy to control a robotic arm.

The flexible, rubber material is stuck on a person’s skin. It then uses embedded sensors to monitor their health and the nerve signals that control their muscles — without the need for a battery.

“One of the major challenges with these kinds of wearable devices is on the power side,” said the device’s creator Wei Gao, an assistant professor at California Institute of Technology.

“Many people are using batteries, but that’s not very sustainable. Some people have tried using solar cells or harvesting the power of human motion, but we wanted to know, ‘Can we get sufficient energy from sweat to power the wearables?’ and the answer is yes.”

[Read: Stanford teams up with Fitbit to develop wearables that detect coronavirus symptoms]

Sweat can provide this power because it contains high levels of a chemical called lactate, which the electronic skin absorbs and converts into energy. This energy then powers both the sensors and a Bluetooth device that sends data to a user interface.

To test out the device, the researchers asked a trio of cyclists to donate their sweat to the cause.

The cyclists headed to a lab in California, where the electronic skin was slapped on their foreheads. They were then instructed to start peddling on an exercise bike.

As their sweat filled up a reservoir in the device, the electronic skin transmitted health data to a user interface.

Next, the researchers tested whether the device could control a prosthetic limb. To do this, they applied the electronic skin to a cyclist’s arm, and wirelessly connected it to a robotic arm on a table. As the cyclist moved his sweaty arm, the robotic limb followed his gestures to grab a nearby object.

The researchers published their findings in the Science Robotics journal. They now want to turn the electronic skin into a functioning human-machine interface.

Hope they’ve stocked up on deodorant.