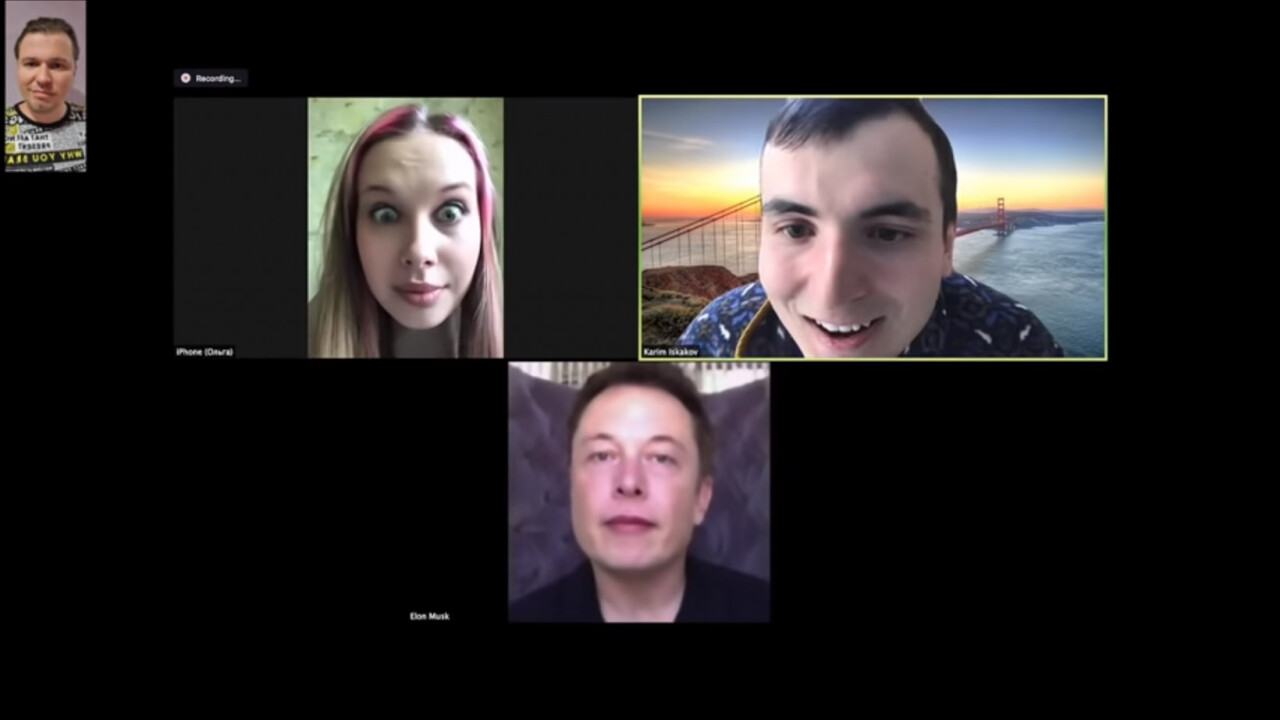 A programmer named Ali Aliev recently developed a method for creating Deepfakes in real-time. To test the project, Aliev pretended to be celebrity billionaire Elon Musk and ‘accidentally’ wandered into the wrong online meeting. I’m not usually a fan of pranks (or Elon Musk, for that matter), but this might be the cutest Zoom-bombing ever made.

That’s obviously not the real Elon Musk. But, judging by those reactions, it might be convincing enough in the Zoom format due to common resolution and frame rate drops. And if the shocked looks on their faces (check out the one on the left when Fake Musk compliments their hair) aren’t the real thing, those are some pretty amazing actors.

The technology’s called Avatarify. It was developed by Aliev using open-source AI code called “The First Order Motion Model For Image Animation,” which was developed by researchers at the University of Trento in Italy.

Avatarify superimposes another person’s face on your own in real-time. Most Deepfakes require you to pre-record segments, but Avatarify’s robust enough to work while streaming. It does, however, require a pretty hefty PC (Aliev reccomends a top-notch gaming PC in this Vice article) and at least a basic understanding of programming and AI.

Unfortunately, for the time being, it looks like you’ll have to train Avatarify on your own Elon Musk database if you want to use his face as a model. The currently listed models for the software include:

However, if you’ve got the time, ambition, and hardware available, you can train Avatarify to work with just about any face as long as you’ve got enough images for the AI to work with (EDIT 4/21 1:15 PST: The developer reached out to us to let us know you don’t have to train it, you just need to put the images in the folder).

Check out Avatarify here on GitHub if you want to try it for yourself.