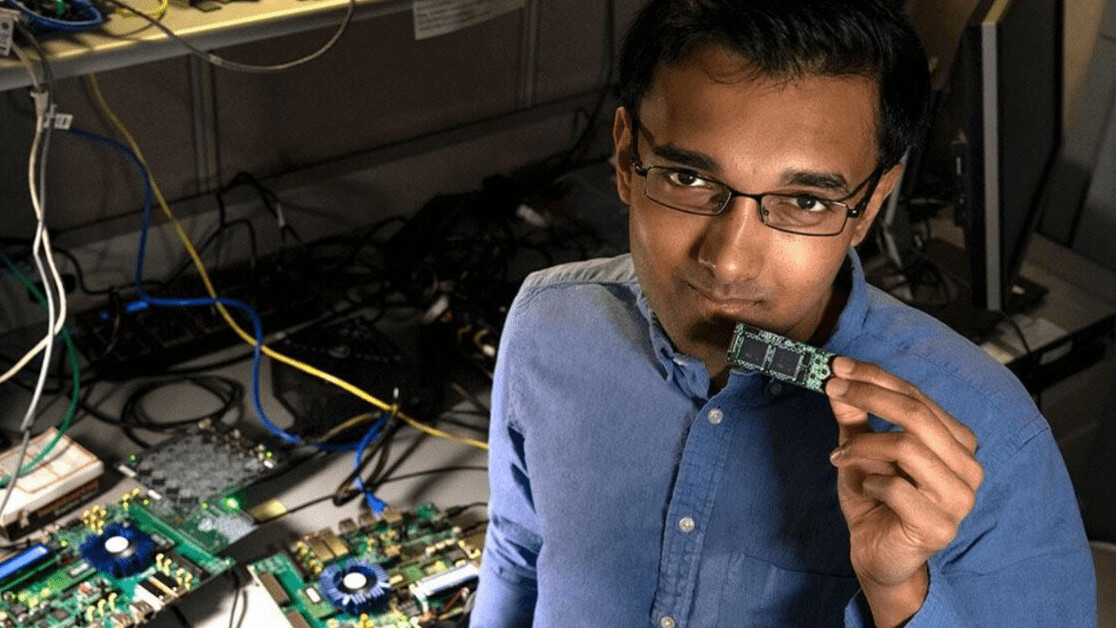 An emerging form of AI known as neuromorphic computing has been used to recognize scents emitted by explosives, chemical weapons, and narcotics.

Researchers from Intel and Cornell University made the breakthrough by equipping Intel’s neuromorphic test chip Loihi with neural algorithms that mimic what happens in your brain when you smell something. This enabled the system to recognize the smell of each hazardous chemical from just a single sample.

The study could pave the way to a vast range of applications of neuromorphic computing, which mimics the brain’s basic mechanics to make machine learning more efficient.

Intel believes the “electronic nose systems” could be used by airport security to detect weapons and explosives, by police and border control to find narcotics, by robots to monitor gases pimped out into the atmosphere, and by the makers of smoke detectors to improve their products.

[Read: Google is training an AI to predict a molecule’s smell]

It could even improve medical diagnosis by detecting odors from patients in a similar way to how dogs can smell diseases.

How the neuromorphic computing chip did it

When you pick up a pineapple and take a sniff, the fruit’s molecules stimulate olfactory cells in your nose. These cells then send signals to the brain, where electrical pulses create a sensation of the smell.

The algorithm used by the Loihi chip uses a similar method.

“My friends at Cornell study the biological olfactory system in animals and measure the electrical activity in their brains as they smell odors,” said Nabil Imam, a senior research scientist in Intel Labs’ neuromorphic computing group. “On the basis of these circuit diagrams and electrical pulses, we derived a set of algorithms and configured them on neuromorphic silicon, specifically our Loihi test chip.”

To teach the system, the researchers trained it on a dataset containing the responses of 72 chemical sensors to the scents of 10 hazardous chemicals, including acetone, ammonia, and methane. These responses were then transmitted to Loihi, where silicon circuits mimicked the brain’s method of processing smells to learn a neural representation of each scent.

The method allowed it to identify each scent even when there was strong background interference. This  could prove highly useful in at-home smoke detectors, which detect odors but struggle to distinguish between them.

The research team claims that its recognition accuracy was superior to other state-of-the-art detection methods. These include one deep learning system that needed 3,000 times more training samples of each scent to reach the same level of accuracy.

Whether neuromorphic computing can match the popularity of deep learning remains to be seen, but the research offers hope that it could soon move out of the lab and into practical uses.