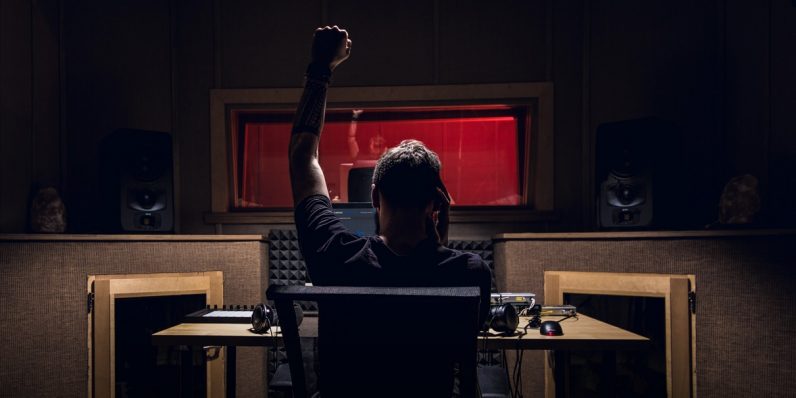 The studio calibration experts at Sonarworks recently launched an ebook series aimed at helping musicians and engineers get the most of out their home studio. If you dabble in music production and/or recording, these free PDFs should be considered must-read material.

There are currently two titles available in the series, “Successful Studio Set Up” and “Creation and Translation.” The first deals with many of the decisions engineers are faced with when building a studio – such as whether to use acoustic treatments and what kind of studio monitors you should use – while the second focuses on helping artists and engineers translate the sound they want listeners to hear into the one they actually do.

The gang at Sonarworks are among some of the most talented staffs in the world when it comes to pro audio companies. Their Studio Reference software is, in my opinion, a mandatory component for any home studio. But these ebooks don’t just rely on the company’s expertise, they feature significant contributions from numerous industry legends. Book one, for example, has chapters written by studio engineers Barry Rudolph (Lynyrd Skynyrd, Mick Jagger, The Beach Boys) and Adam Kagan (Gladys Knight, Lil Wayne).

Each PDF features well-written, easy-to-digest chapters. The first is 48-pages long and manages to cram a plethora of necessary information that anyone considering setting up a recording/production studio needs to know (or review, as the case may be). The information goes far beyond the basic tips you’ll find in short-form articles and online guides.

The vast majority of the first two PDFs are filled with clear, concise information that engineers can use. There are sections explaining why pieces of hardware such as monitor controllers or headphone preamps are often optional, but sometimes necessary. But it’s not all just a glut of data. There’s also inspirational quotes and meaningful messages from some of the music world’s biggest names. A half-page image of Frank Ocean on page eight of book one, for example, accompanies the following quote:

That’s as good an explanation of what these books are about as any. Once you’ve decided to make the leap from “demo sessions” to “I’m working on an album,” you’re going to need to help to ensure you’re not cheating your art by wasting time and money.

These books can help you get things right the first time (or recover from rookie mistakes). Best of all, they’re entirely free. You may end up on a mailing list for Sonarworks products, but I reckon most engineers and musicians will enjoy these emails.

You can get the first book here and the second here. These two titles are the first of many to come, according to the company’s blog:

Sonarworks has already established a roadmap for future eBooks that will be released each month, including titles like “Digital Files for Digital Delivery”, “Project Studio Essentials” and “Studio Tune Up”. All of Sonarworks’ eBooks are available to the public and are free to download at the eBooks section of the Sonarworks website.

Read next: 4 ways your brand can take back complete control of its supply chain