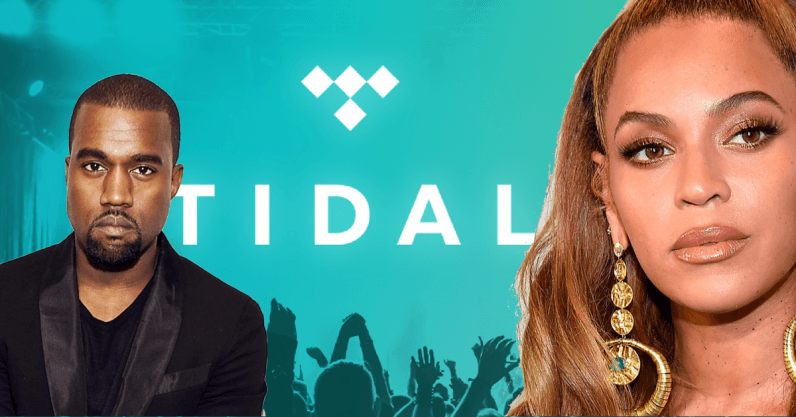 In February 2016, Kanye West released his album Life of Pablo exclusively for six weeks on the music streaming service, Tidal. 10 days after the album was released, Tidal announced it had been streamed more than 250 million times.

Some months later, Beyoncé also exclusively released her album, Lemonade, on Tidal. 15 days after the release, Tidal announced the album had been streamed over 300 million times. However, at the time, Tidal had just approximately three million users, meaning if the numbers mentioned above were to add up, those three million users would have each had to listen to the entire Life of Pablo album over eight times a day.

According to a major research operation undergone by Norwegian newspaper, Dagens Næringsliv, and data analysts from the Norwegian University of Science and Technology, these numbers are fake. According to DN, Tidal’s streaming numbers have been manipulated by adding millions of fake streams to existing users streaming logs. 320 million fake streams, to be exact, and over 1.7 million user logs have been manipulated.

The fake streams seem to have been targeted only at two artists and two albums: Beyoncé’s album, Lemonade, and Kanye West’s album, Life of Pablo. The data acquired by DN shows the fake streams follow a pattern for each of the artists involved

For users who listened to Kanye West’s album, Life of Pablo, the streaming log shows a very particular pattern. Extra streams were added to the users’ streaming logs at 2 and 5 o’clock at night (local time for each user), and each of the album’s 20 songs were supposedly played multiple times at the same time.

For Beyoncés album, Lemonade, the manipulation is somewhat less obvious. It shows the initial stream made by the actual user was repeated at hourly or bi-hourly intervals. Lemonade’s streaming patterns vary from user to user and are much harder to point out than the logs of streams for Kanye’s album which are the same for each user. However, the intervals between the streams of Beyoncé’s album match each other down to the millisecond.

DN has spoken to some of the users whose streaming logs have been manipulated. One of them, 34-year old Tiare Faatea, had, according to her streaming log, listened to the Lemonade album 11 hours every day. She tells DN, “I love Beyoncé, but 11 hours a day is completely impossible.”

Danish composer and musician Halfdan E. Nielsen’s numbers were also manipulated. He tells DN he initially was enthusiastic about Tidal’s business model, which puts emphasis on high-quality music and proper pay for the musicians involved. “This was supposed to be the way for the music industry to go – the future,” he tells DN, “but now I feel Tidal deserves to get sued the hell out of it.”

Tidal, which is based in Oslo, Norway, firmly rejects that the numbers are manipulated.

However, data analysts from NTNU, who went through the Tidal streaming data, beg to differ. According to them the data manipulation is too specific, too targeted, to be the result of a bug or a technical flaw. Furthermore, there are none of the typical traces that usually indicate a breach from the outside. Thus, it’s most likely the manipulation was internal.

Read next: Overwatch's breast cancer charity event is one of the sweetest I've seen