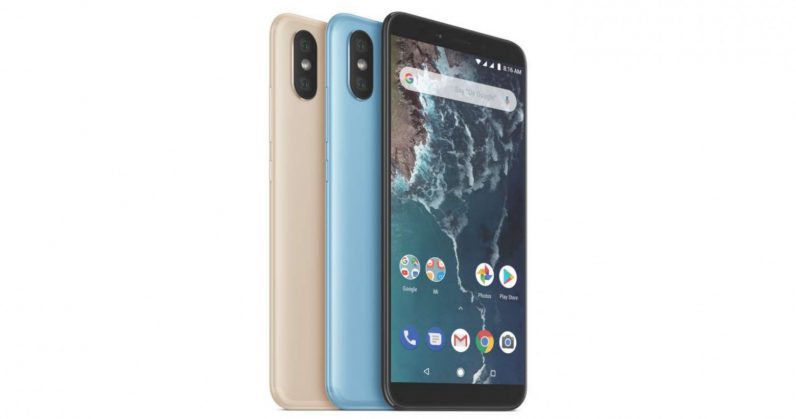 After getting started in Europe late last year with an entry into Spain, Chinese gadget maker Xiaomi is hoping to woo folks looking for a low-end Android phone with its new A2 and A2 Lite handsets.

These are the follow-ups to Xiaomi’s Mi A1, which launched almost a year ago as the company’s first Android One device in partnership with Google. The A2 and A2 Lite are part of the same program, and as such, come with the latest version of the platform sans Xiaomi’s MIUI skin, so as to receive software updates as soon as Google can ship them, thanks to Project Treble.

The all-metal A2 features a 5.99-inch FHD+ display, with slim bezels at the top and bottom of the screen that’s protected by curved glass. It’s powered by a mid-range Snapdragon 660 2.2GHz chip and a 3,000mAh battery.

The rear dual camera system features a 12-megapixel and 20-megapixel sensor working in tandem. Xiaomi says that the latter’s Super Pixel tech can combine the information of four pixels into one large 2.0μm pixel for improved performance in low light. A 20-megapixel snapper graces the front fascia, and is paired with a selfie light.

The A2 Lite comes with slightly less powerful hardware, but makes up for it with a larger 4,000mAh battery. Its notched FHD+ display measures 5.84 inches and surrounds a 5-megapixel selfie camera. The rear panel houses 12-megapixel + 5-megapixel system.

Under the hood, you’ll find a Snapdragon 625 at 2GHz; you can choose between 3GB RAM with 32 GB of space, and 4GB RAM with 64GB. You can expand storage with a microSD card – and no, you won’t have to sacrifice a SIM slot to do so.