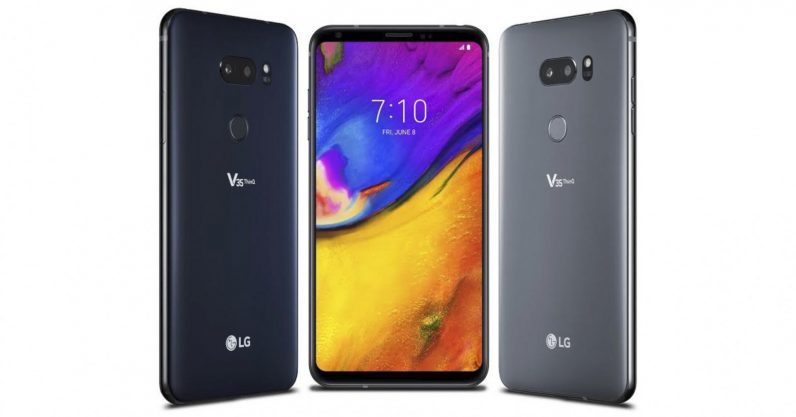 LG sure is getting a lot of mileage out of the V30. After releasing the V30S ThinQ earlier in the year with slightly upgraded specs and software, the company is at it again with the V35.

Here’s the short of it: It’s the same as the V30, except with the new Snapdragon 845, 6 GB of RAM, and updated software feature.

On the software front, it carries over features from the recently-announced G7, including:

And of course, it includes the V30’s staples like the super wide-angle camera, hi-fi headphone  jack, and extensive video editing features.

I actually like what LG is doing here. The V30 was one of the best phone designs last year, but was held back a bit by the camera and battery life. While we’d have to test it ourselves, the V35 should theoretically improve camera via software, while the more efficient Snapdragon 845 should mean a leap in battery life as well.

I’ve always thought the yearly smartphone release cycle was superfluous. By taking last year’s chassis and simply upgrading some of the internals and software – like spec bumps on a laptop – LG gets to save some money and users get most of the benefits of a new smartphone. I’d like to see more manufacturers take such an approach, and deliver more significant improvements every two years instead. Unlikely to happen, but a man can hope.

LG hasn’t announced a price for the V35 yet, but says it “will roll out in North America this summer.”

Read next: Google's 'Just a Line' lets you doodle in AR with a friend