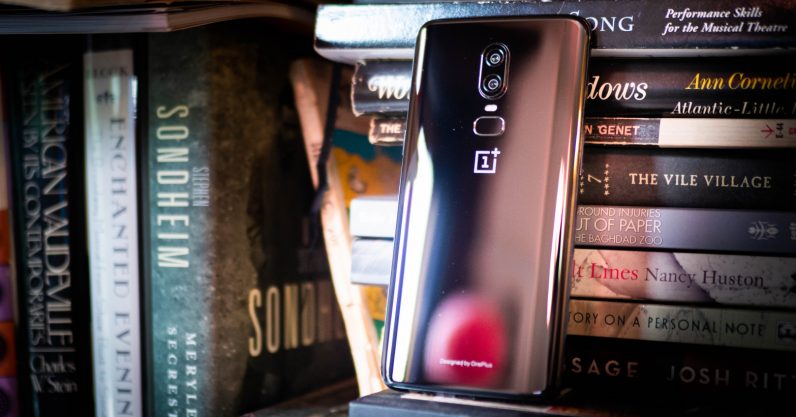 After months of rumors, leaks, and teasing the OnePlus 6 is finally a real thing. It starts at $529 and will go on sale May 22.

As usual, it looks like a compelling flagship at an affordable price. But this time around, OnePlus is looking to make the gap between itself and the $1000 flagships smaller than ever.

Let’s start with the specs. They shouldn’t come as much of a surprise, but there are a few interesting highlights:

As everyone interested in this phone knows by now, the OnePlus 6 has an iPhone-X like notch. While it doesn’t include any fancy face-detection sensors, it does allow for a larger screen in a body that’s virtually the same size as its predecessor. You can replace Android’s navigation bar with gestures to maximize real estate too.

And don’t worry – if you don’t like the notch, you can hide it in the software. Given the OLED panel’s pure blacks, that’ll make the display cutout virtually invisible.

More polarizing will be the glass back, which OnePlus CEO Pete Lau previously justified in a blog post. Having seen the phone now, my opinion remains largely the same as back then: without wireless charging, a glass back just doesn’t make much sense.

At least, that’s true of the cheapest Mirror Black finish, which just looks nice enough… but also very generic. The Midnight Black, on the other hand, has a cool frosted look that’s far more unique and feels great in hand. My favorite by far is the Silk White, a limited edition color which won’t be available right at launch. It has a gorgeous matte pearl finish, accentuated with a rose gold trim. That colorway is beautiful, and I wish OnePlus used its bolder designs on the base model. I mean, just look at Huawei’s take with the P20.

I would still take a metal back or high quality plastic over glass for durability, though. Heck, I’d love more adventurous materials like leather or wood on the Moto X of old. But at least OnePlus includes a thin case in the box to help protect against drops somewhat. Speaking of durability, OnePlus is also officially claiming the device is water-resistant enough to survive rain or a drop in the sink, though it isn’t providing an IP-rating.

As for the lack of wireless charging, OnePlus said it opted out because the technology is still too slow, while the company’s Dash charging tech is the fastest on the market. Fair enough, I guess.

Some design caveats aside, there’s no question whether OnePlus phones present a good value. Since the original OnePlus One, the company has straddled the line between midrange prices and flagship specs carefully.

It’s always provided state-of-the-art performance – Oxygen OS is one of the best custom Android builds out there – but has sometimes lacked the finesse of more expensive competition, particularly in the camera. Hopefully the addition of a larger sensor, OIS and a refined HDR algorithm will help OnePlus catch up in that area. Plus being one of the few phones capable of running the Android P beta will be a nice selling point among Android die-hards.

Early rumors suggested the OnePlus 6 would be significantly more expensive than its predecessor, but those didn’t pan out. With flagship specs starting at $529 – and just $629 for the 256 GB model – it’s hard to imagine the OnePlus 6 will disappoint. We’ll need more time with the device before our final verdict, but so far, so good.

Read next: OnePlus' $69 Bullets Wireless are everything I want from cheap Bluetooth headphones