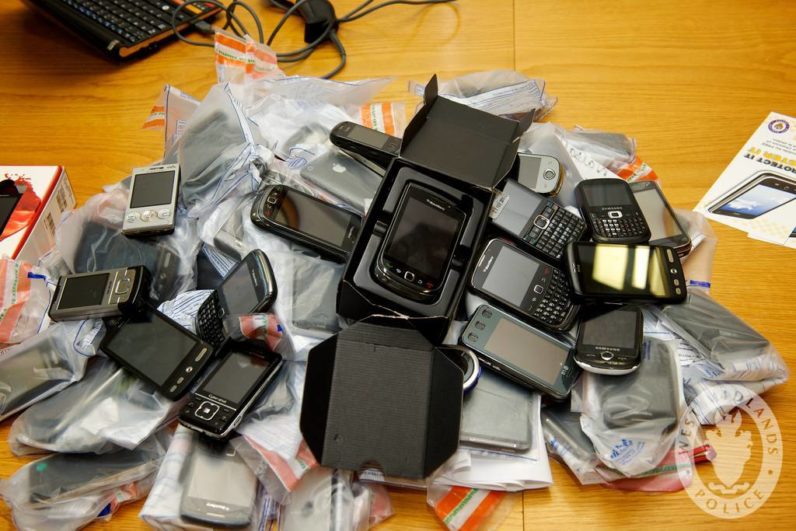 When you think of people that carry multiple phones, the image that springs to mind is never good. You start to contemplate all sorts of morally unsavoury characters, like drug dealers arranging deliveries of heroin through a stream of burner phones, or worse, people that work in the financial sector.

I confess, I’m one of these people. No, not a drug dealer or a banker. I carry two phones, and have done so for the past three months. And you know what? It’s fucking awesome.

(I just dropped an F bomb on paragraph two, so you’ve got to know I’m passionate about this.)

In my right pocket sit two handsets: a 128GB iPhone 7, and the Android-powered BlackBerry KEYone. They are like yin and yang, each complimenting the other’s deficiencies and weaknesses.

My main daily driver is, of course, the iPhone 7. I guess, more than anything else, it’s nice to be a first-class app citizen.

Features for social apps – like Twitter and Facebook – tend to land on iOS before Android, so you’re always at the cutting edge. And while I admit this is purely subjective, I feel as though iOS apps tend to look a lot better than their Android counterparts.

(That said, I know that some people will strongly argue the opposite, and that’s fine – different strokes for different folks and all that)

And, of course, a lot of apps launch first on iOS, with Android versions coming much later. It’s nice not to be behind the curve.

When it comes to consuming media, the iPhone 7 comes out on top, thanks to its massive screen and loud speakers. And its camera is almost unbeatable, especially in low-light conditions, like clubs and dingy bars. Ultimately, the iPhone 7 is an awesome ‘play’ phone.

But there are areas in which its sorely deficient, which is why I still cling to my KEYone.

I guess the first one is battery life. With moderate use (or what I consider to be moderate use), I’m lucky if I can squeeze 12 hours from the iPhone 7. But the KEYone can survive almost two days (sometimes three) on a single charge, meaning that I’m never stuck if I have to get an Uber at the end of a night.

This also means I don’t have to carry along a bulky phone battery, either, which is a huge plus.

Incidentally, this isn’t as rare as you might think. I know anecdotes aren’t data, but I know a fair few people who carry two phones for battery life reasons. Path founder Dave Morin, for example, has a daytime iPhone and a nighttime iPhone.

I also find that I’m more productive when behind a physical keyboard. I can tap out emails in a fraction of the time, and with greater accuracy.

That’s just me, though. Truthfully, I’ve never loved using virtual keyboards. I hung on to my BlackBerry Bold 9330 until its dying breath, and when I lost my BlackBerry Q10 in the back of a cab one boozy night, I was legitimately heartbroken.

There are downsides to carrying two phones; I guess the biggest is that I’m paying for two phone plans, which is arse-clenchingly expensive. I also have to remember to charge two phones. They’re also pretty bulky, and make my pocket bulge.

And yes, people will think that you’re a colossally self-important douchebag. That, unfortunately, comes with the territory. There’s no skirting this.

But I feel the upsides – availability, redundancy, and being able to get more shit done – outweighs everything else.

Read next: Windows 10 will get mixed reality features with its Fall Creators Update next month