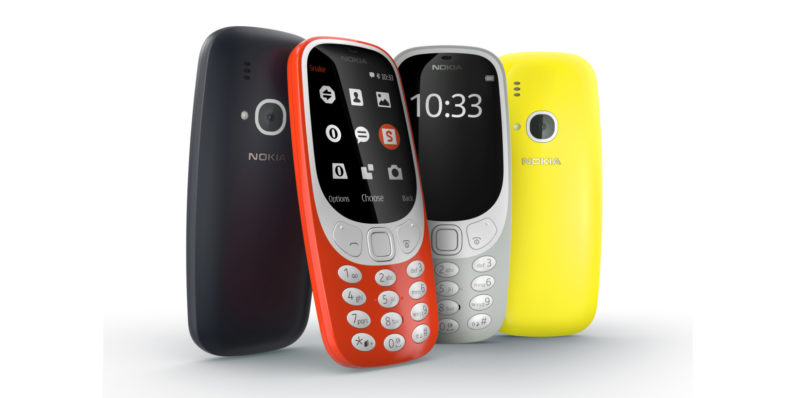 Ahead of the Mobile World Congress expo in Barcelona, Nokia has brought back its beloved 3310 feature phone. The device’s near-indestructible build and practical design made it a smash hit worldwide when it launched back in 2000, and it’s now back with a bunch of new features.

The $50 handset features a design that draws heavily from that of the original 3310; it comes with a full set of physical buttons, runs the Nokia Series 3.0 OS, and promises more than 22 hours of talk time on a single charge, along with up to a month of standby time. That sounds a lot like the original, but that’s where the similarities end.

The new 3310 supports microSD storage of up to 32GB and can play MP3s, and the 2.4-inch QVGA screen is protected by a curved polarized window for improved readability in sunlight. There’s also a 2-megapixel camera that Nokia says is good for ‘simple snaps’.

Best of all: It has Snake!

Overall, it sounds like a great buy for people who grew up with one of Nokia’s best phones of all time. The revamped Nokia 3310 is available in four colors – Warm Red and Yellow, both with a gloss finish, and Dark Blue and Grey both with a matte finish, and will become available globally – along with matching accessories – soon.

Read next: Samsung Galaxy S8 to officially be revealed on March 29