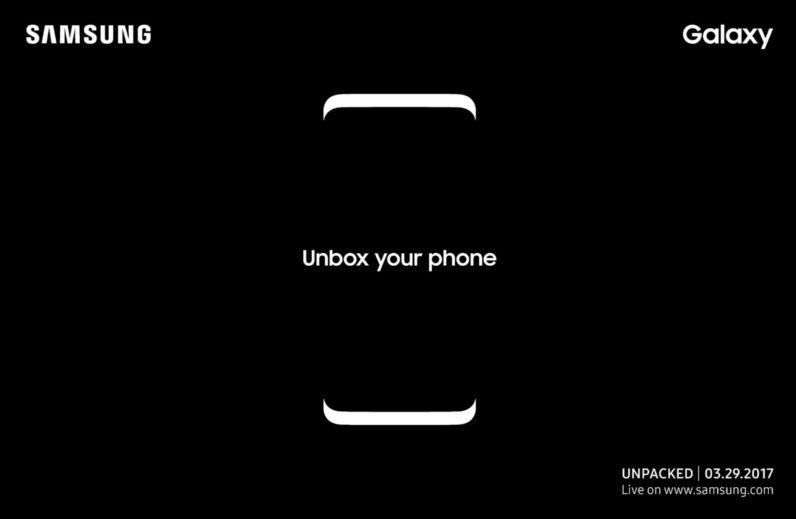 The Galaxy S8 is officially on the way.

Samsung just sent out invites to the press for its Unpacked 2017 event, taking place on March 29. It shows off the silhouette of a phone, so there’s no doubt there as to what Samsung will be unveiling.

The invite has the tagline “Unbox your phone,” which probably alludes to the phone’s longer aspect ratio and curved screen corners we’ve seen throughout numerous leaks. If you’re having deja vu, perhaps that’s because LG announced a similar change with the G6 this morning.

We’ll be reporting live from New York, so stay tuned to TNW come March 29, at 11AM ET.

Read next: Of course Google is killing off Spaces, its oddball messaging app