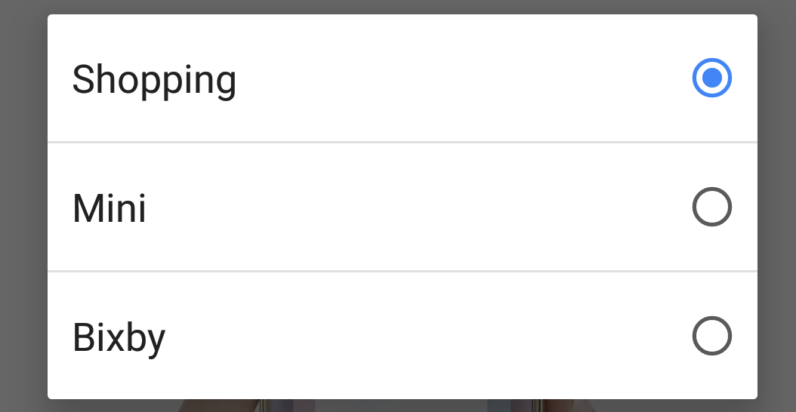 While until now Samsung had religiously refused to comment on rumors surrounding the release of its upcoming Galaxy S8 handset, the company accidentally confirmed one of its most anticipated features ahead of launch.

The manufacturer rolled out a new Samsung Pay Beta update that strongly hints the company is expecting to launch its own lightweight, standalone payment platform – dubbed Pay Mini – as well as its much-awaited digital assistant Bixby.

Selecting the menu bar in the updated Pay Beta build showed two new options available on the platform: Mini and Bixby. While Samsung has since removed the options, SamMobile managed to grab a screenshot before they were taken off.

It remains unclear how Bixby will integrate with the rest of the features, but chances are the virtual assistant will be capable of processing simple payments and money transfers on your behalf.

In light of Samsung’s recent acquisition of voice-enabled service Viv, tech enthusiasts have long speculated about Bixby’s impending arrival, but this is yet the most compelling clue that the functionality is indeed in the pipeline.

With the South Korean mobile Titan joining the race, things are starting to get Siri-ous on the digital assistant market. Apple continues to improve Siri, Google launched its new Assistant in addition to its old voice-enabled service Now, Amazon penned a deal with Huawei that tacks Alexa on the new Mate 9, and Nokia appears to be readying its own virtual companion called Viki.

There’s no mention when the South Korean phone-maker will officially drop its new virtual assistant, but previous rumors suggest it will coincide with the launch of its flagship Galaxy S8 smartphone.

While prior reports suggested Samsung will unveil its new phone at Mobile World Congress in late February, more recent accounts hint the possibility of a postponed launch in mid-April as well as an early limited release in February or March. Pick your guess.

Read next: Apple to play its Trump card and boost its ‘Made in America’ credentials