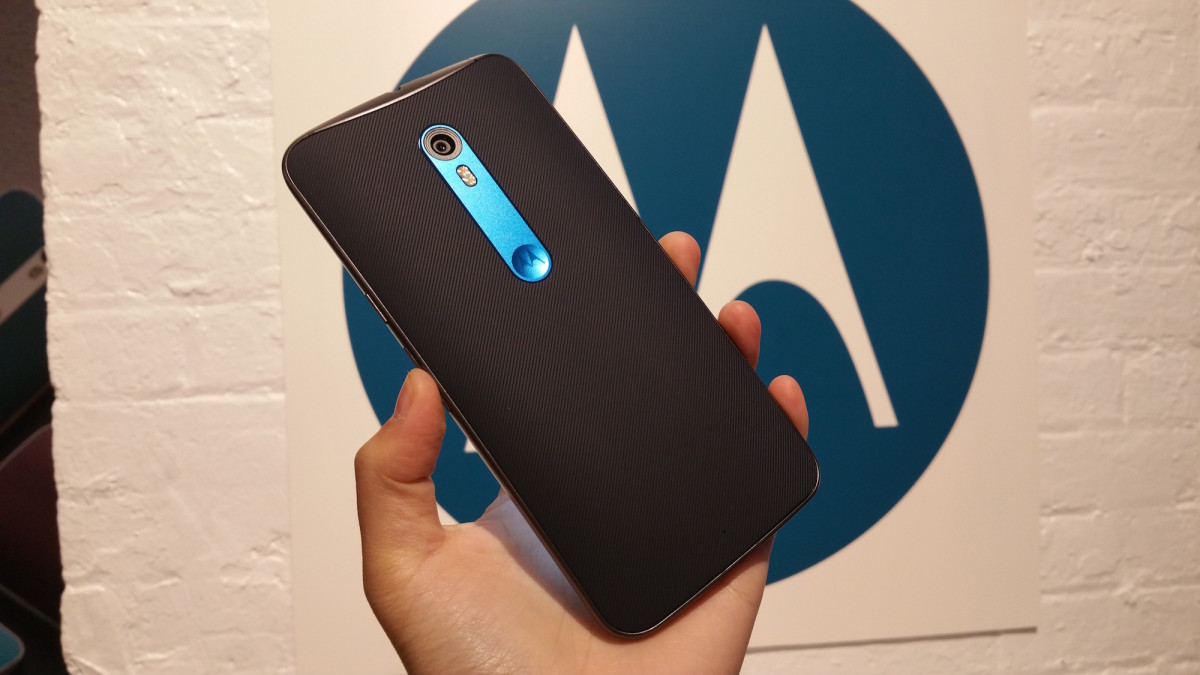 Long gone are the days of the $199 Moto X, but with each price bump comes major improvements. Today, Motorola’s unveiled its most powerful Android phone yet: The Moto X Style.

If you’ll excuse the Taylor Swift-ified name, the Moto X Style is jam-packed with impressive specs: 1.8GHz hexa-core Snapdragon 808 processor, 3GB of RAM, 16GB of memory, a microSD slot and a whopping 21MP rear camera. As we’ve come to know about Moto phones, the pure Android processing speed is snappy, and Moto Assist, Moto Display and Moto Actions are all there to help with hands-free interactions.

It was refreshing to see Motorola work on what seemed to be lacking most last year: the camera. In our hands on with the device, you can see immediate improvements over the second-gen Moto X. The Moto X Style’s camera loads up in nanoseconds, and captures more light than my trusty Samsung Note 4.

Holding the two phones side by side, Moto X Style offers a more even white balance and takes a brighter photo under low light conditions. With flash, Moto X Style also has a warmer tone than the Samsung Galaxy S6 conveniently placed next to it on the show floor.

Although I thought the ring flash from last Moto X’s model was unique, it just didn’t offer even lighting in darker scenarios. I do appreciate that Moto X Style’s got a front-facing flash now, too, though.

One thing I still hate about Motorola’s default camera configuration is the tap to take photos feature. I understand it’s meant to help with speediness, but it doesn’t let you properly focus on the object. And with that, image stabilization is still an issue, which is a shame as all the megapixels in the world can’t help with blurry photos.

At 5.7-inch, this thing is a behemoth. It’s slightly smaller than the Note 4 and looks like a baby compared to the Nexus 6, so it’s not quite a phablet, but it sure is crossing that line.

With customizable backs, however, the device is nicer to hold since you can select different materials to help improve grip and avoid the cheap, plastic-y feel. Admittedly, I do miss the sturdiness of a brushed metal finish.

On the display end, the Moto X Style’s Quad HD screen offers a crisp, beautiful imaging. Sadly, unlike its budget counterpart, it’s not waterproof – which would have made the device killer.

We weren’t able to test battery life at the hands on station, but it still doesn’t have removable battery (if that’s your thing). With a 3,000mAH battery and TurboPower charging that can replete up to 10 hours of life in 15 minutes, however, you probably won’t need to worry about replacements.

At $399 for an unlocked Android device, purists should be very happy with the Moto X Style when it launches in the US this September on Motorola.com, Best Buy and Amazon.

It’ll be interesting to see how this goes against the freshly-announced OnePlus 2, but given the Moto X won’t require an invite to buy, we wouldn’t be surprised to see more customers drop the extra $70 to avoid the wait time.

Read next: Google now helps you dodge crowds at your favorite places so you can be the worst