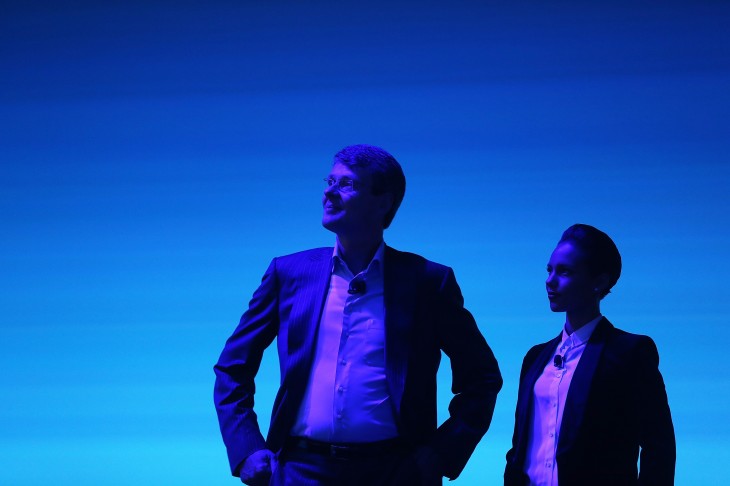 BlackBerry has announced today that its BlackBerry Messenger (BBM) messenger service will be launching on iOS and Android this summer. The new cross-platform app will support all Apple hardware running iOS 6 and higher, as well as Android version 4.0 (Ice Cream Sandwich) and above.

It means that for the first time, BlackBerry owners will be able to communicate with users on other mobile platforms, for free, using the BBM service. The new apps will support multi-person conversations, voice note sharing and BlackBerry Groups; the latter of which lets users set up group for up to 30 people in order to share calendar information, photos and other files.

“For BlackBerry, messaging and collaboration are inseparable from the mobile experience, and the time is definitely right for BBM to become a multi-platform mobile service,” Andrew Bocking, Executive Vice President of Software Product Management and Ecosystem at BlackBerry said.

“BBM has always been one of the most engaging services for BlackBerry customers, enabling them to easily connect while maintaining a valued level of personal privacy. We’re excited to offer iOS and Android users the possibility to join the BBM community.”

BlackBerry CEO Thorsten Heins made the announcement at BlackBerry Live shortly after unveiling BBM Channels, a new social feature which will allow any company, celebrity or lifestyle brand to create a public page for BBM users to follow. Channel owners can send out news or status updates at anytime, which users can interact with by leaving a comment or ‘like’.

The concept feels very similar to Plus Friend Home, a combination of both instant messaging and passive social network accounts which was recently unveiled by Korean-startup Kakao for its cross-platform messaging app Kakao Talk.

It’s only a beta program for now, but BlackBerry plans to update the feature every two to four weeks ahead of a full launch later this summer. BBM Channels can post news and status updates at anytime, and users who follow these accounts will be able to comment and like on them too.

BlackBerry says BBM Channels will be added to its upcoming Android and iOS apps later this year, alongside voice and video calling, subject to approval by the App Store and Play Store.

Heins also announced today that BBM now has over 60 million monthly active users, which send and receive over 10 billion messages every day – twice as many as any other mobile messaging app. The number of daily active users that connect with other BBM enthusiasts for at least an hour and a half every day has also risen to 51 million.

It should come as no surprise that BlackBerry wants to expand the BBM service to new users. The rise of cross-platform mobile messaging apps such as Viber and WhatsApp has slowed the growth in BBM users, and perhaps even put off new consumers from switching to the BlackBerry 10 platform. The addition of BBM Channels is an interesting move, but one that will likely struggle to gain the same critical mass of users enjoyed by Twitter or Facebook.

A bold move, or just a case of too little, too late?

Read next: After $15B in payments, Square debuts Square Stand hardware to select US retailers for $299