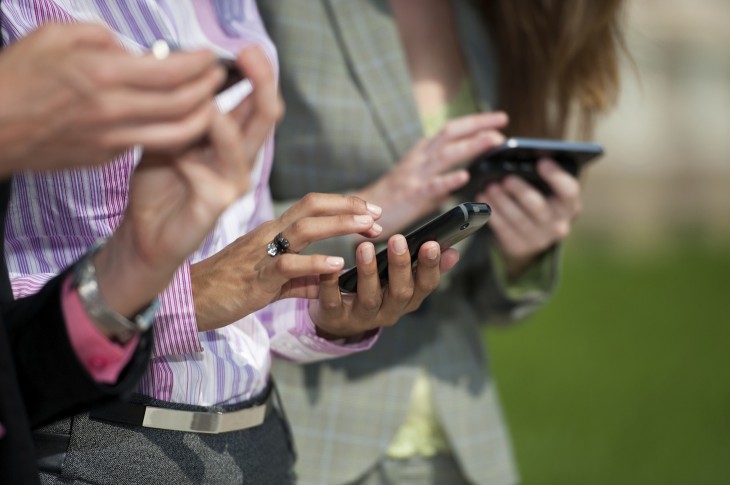 Free mobile messaging apps such as WhatsApp, Kik, Viber, WeChat and MessageMe are getting so popular in the developed world that they’re eating away at the telecom operators’ SMS revenues, traditionally a cash cow (and actually a bit of a scam) for carriers worldwide.

Unless you’ve been living under a rock, this trend is not much of a surprise – Nokia is now making phones with a dedicated WhatsApp button my friends – but it’s always nice to be able to put some numbers on it.

Enter telecom and media consultancy firm Informa, which has compiled some data for the Financial Times that shows the above messaging apps – and similar offerings from major electronics companies like Apple’s iMessage, BlackBerry Messenger and Samsung’s ChatON – have overtaken SMS as the preferred way to send text messages (via BBC).

The research company says almost 19 billion text messages were sent per day using free mobile messaging apps for smartphones in 2012 – compared with only 17.6 billion SMS texts – and that this number will more than double to 41 billion per day this year.

If this means death for SMS, it will be a very slow one

By 2014, Informa expects 50 billion messages to be sent via WhatsApp, Kik and other free mobile messaging apps, compared to just over 21 billion traditional SMS messages.

That does mean, however, that the number of SMS messages that are sent per day will also keep growing according to Informa. In other words, it may be too early to talk about the demise of SMS just yet.

It will happen eventually, but not until the majority of the world’s population uses smartphones in combination with a mobile data plan from their carrier. For now, no dancing on the grave of SMS yet.

It’s official: chat apps have overtaken SMS globally. The cash cow is dying. Time for telcos to wake up & smell the data coffee.

In fact, Informa told the BBC that it expects SMS revenue to grow to $127 billion by 2016, up from $115 billion last year. So if you were hoping that free mobile messaging apps were going to slay the carriers’ SMS cash cow once and for all any time soon, you may have to be a bit more patient.

Ubiquity is hard to kill

For now, SMS remains the one ubiquitous messaging system between mobile devices, period. It doesn’t require anyone to install a proprietary app or sign up to a separate service, and you can use it to send SMS messages from and to nearly every mobile device on the planet, regardless of the operator or how advanced your phone is.

Of course more messages are sent using free mobile messaging apps than over SMS (they’re free messages, after all) but to call it an adequate replacement for every mobile phone user worldwide today simply wouldn’t do justice to reality. WhatsApp may be an SMS killer in your life, but that doesn’t make it an SMS killer altogether, so to speak.

“There is a lot of life still in SMS,” Pamela Clark-Dickson of Informa told the BBC in an interview. She argues that people in emerging and developing countries, for instance, still rely heavily on SMS for communication, while companies in developed countries are only now starting to take a serious look at SMS for business purposes.

Seemingly not noted by Informa, but worth doing so in my opinion, is the fact that carriers and other industry giants are trying to buck – or join if you will – the trend by releasing IP-based communication apps of their own (see ‘joyn’, the consumer-facing ‘rich communications’ service and brand conceived by global mobile industry trade body and event organizer GSMA, or Orange’s Libon application for examples).

The SMS will celebrate its 21st birthday in December this year.

The question is: how many years does it have left?

Mobile messaging apps: The threat to Facebook and other social networks

Mobile chat apps eat into SMS in China: Person-to-person text messaging is down 11% in a year

Read next: Samsung reveals the Galaxy Tab 3, a 7-inch Android tablet to take on the Nexus 7 and iPad mini