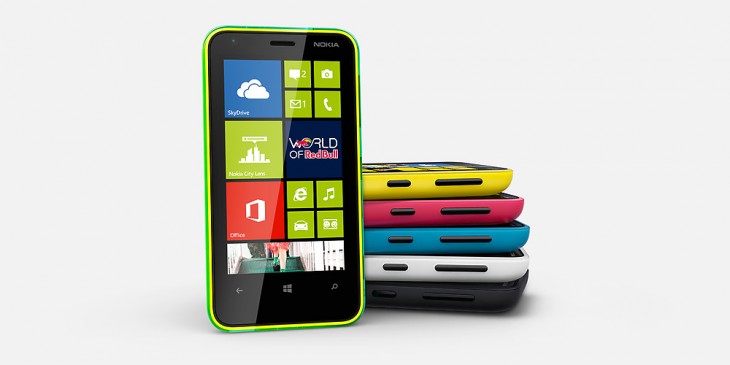 The Lumia 620 will be positioned as the most affordable Windows Phone 8 device in the Lumia range, offering what Nokia calls “a more fun, youthful appeal, and compact design.”

In this respect, Nokia has employed a new “dual-shot color technique,” which adds a second layer of colored, transparent or translucent polycarbonate on top of a full color layer to offer “blend and depth effects.” To give owners more control over how the Lumia 620 looks, Nokia will offer seven exchangeable shells, which come in a range of very vivid colors.

Nokia continues to outfit its Lumia range with NFC, adding the radio capability to the Lumia 620 also. With the company partnering with JBL and other accessory makers, Lumia 620 owners can tap-to-play music and make NFC payments in the future.

The announcement comes just hours after the Finnish company finally launched the Lumia 920T in China. The device, which supports TD-SCDMA, China Mobile’s unique 3G standard, as well as TD-LTE, will launch before the end of the year for 4599 RMB ($739 – off contract) with a choice of black, white, yellow and red.

Available in lime green, orange, magenta, yellow, cyan, white and black, the Lumia 620 will cost $249 and will go on sale in January 2013 across Asia, followed by Europe and the Middle East.