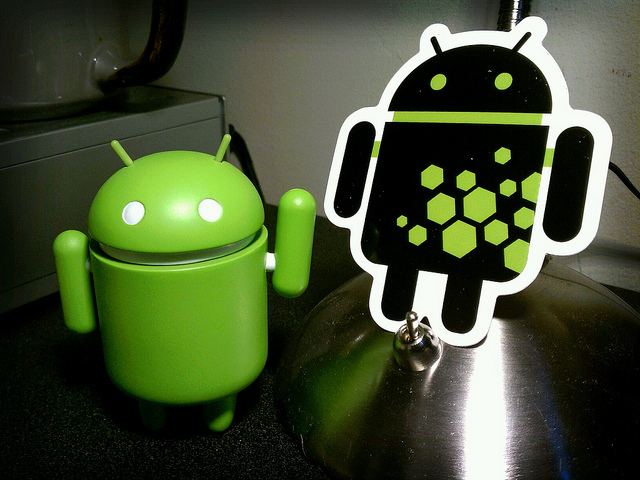 Despite selling more than 35 million smartphones in the fourth quarter, sales of Android handsets more than doubled those of the iPhone, as the Android platform grew to hold 50% of the smartphone market, a new report from Gartner reveals.

Apple and Samsung were the biggest contributors to the smartphone market in that period, as worldwide sales topped 149 million units, up 47.3% from the previous year. Put into perspective, fourth-quarter sales accounted for 31% of all smartphone purchases in 2011, as they reached 472 million units over the year (up 58% year-on-year).

Recording 35.45 million iPhone sales in Q4, Apple not only became the third-largest mobile phone vendor (with a 7.4% share) in the world at the expense of LG, it cemented its place as the world’s top smartphone maker during that time, securing 23.8% of device sales.

Samsung smartphone sales trailed Apple by less than 2 million units (totalling 34 million), helped by impressive sales of its Galaxy S II handset, which is reported to have accounted for more than half of the company’s smartphone sales in the fourth quarter. The Korean company’s growth was at the expense of LG, Sony Ericsson, Motorola and RIM, which posted lower-than-expected results and financials in the quarter.

However, growth in the midrange and low-end smartphone market saw ZTE and Huawei gain market share, as consumers looked to powerful but affordable Android devices as they transitioned from featurephones to more capable Internet-connected handsets.

Given the split between Android device vendors, the platform continued its immense growth, as sales rose by 45 million units year on year to hold a 50.9% share of the smartphone market, up from 30%.

For Nokia, it was another period of decreasing mobile sales, as it slid by 8.7% from 2010. However, with the release of the Lumia 800 and Lumia 710, the company delivered its first Windows Phone smartphones. The handsets performed adequately during the Finnish vendor’s fourth quarter but are positioned to capitalise on Android device demand with aggressive pricing and marketing.

Gartner is clear to state that Apple’s impressive fourth-quarter share is likely to decline over the next two quarters, as “the upgrade cycle to the iPhone 4S slows.” Apple bucked tradition in 2011 by releasing its next-generation iPhone in October, having traditionally scheduled releases in the Summer in previous years.

Apple will likely return to its familiar June launch-cycle in 2012 but this year it is likely to be joined by Samsung, which has decided to skip its usual Mobile World Congress reveal and launch its new flagship Android device at a dedicated event, scheduled to be held in the first half of this year.

Android smartphone vendor HTC also targets a return to form in the first and second quarters of 2012, focusing on ‘hero’ devices that may include a new range of quad-core superphones.

Read next: Thailand and China strike a deal to give tablet computers to Thai schoolchildren