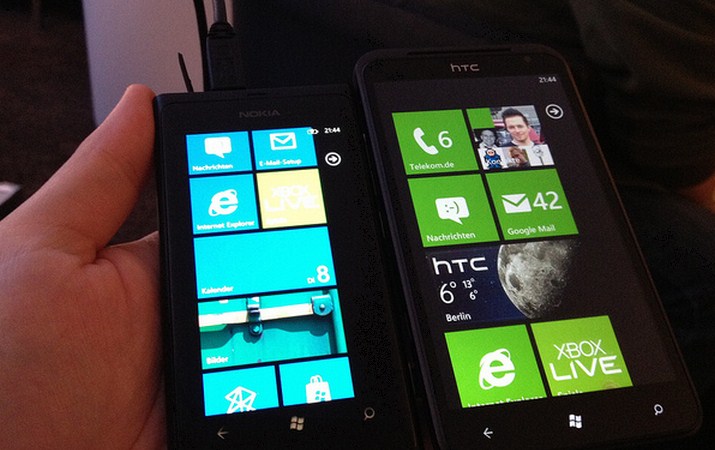 According to BGR, the HTC Titan II, a LTE Windows Phone handset, is set to launch on the AT&T network on March 18th, along with Nokia’s Lumia 900. We feel it safe to say that, given the recent Nokia news, the Titan II is essentially a write off.

Here’s why: If the reports hold water, the Titan II is set to cost double what the Lumia 900 will. Now, the Lumia 900 is a device that has been met with rave reviews since its debut. In fact, according to some, it was the best new smartphone at the entire CES event. And at a rumored price of some $99.99, with a contract, it is set to sell quite well, we expect.

The Titan II has to not only compete with the iPhone line of phones and the Android milieu, but also with Nokia’s offering, which has consumed nearly every molecule of press that Windows Phone has garnered in recent months. Therefore, it has to stand out from among a mountain of competition if it wishes to sell well.

However, the phone itself is simply not great.  While at CES, we managed to get some time with the device, and were neutral at best. TNW’s own Brad McCarty told me, in response to this post, that he found the Titan II to be “underpowered, lethargic, uncomfortable in the hand, and miles behind what Nokia is offering.” Now, if there was no Lumia 900 heading to the US, I suspect that the Titan II would sell well among Windows Phone fans. With the Lumia 900 coming at the same time however, at a lower price, and as a better phone, the Titan has little to offer.

Yes, it has a 16 megapixel camera. Consumers surely plan their smartphone purchases off of camera pixel count, right? Not really.

Therefore while we think that the Lumia 900 has a very good chance to disrupt the market, in favor of Windows Phone, we can’t see the Titan II being anything more than a bit player, hiding in the AT&T shadows. HTC was the dominant player in the early days of Windows Phone, but has now fallen behind. Perhaps we’ll see the phone’s price cut to make it more competitive. For now, however, we live in a Nokia world.

Read next: Inspired by a photo & reproduced your own? A UK judge thinks that could be copyright infringement