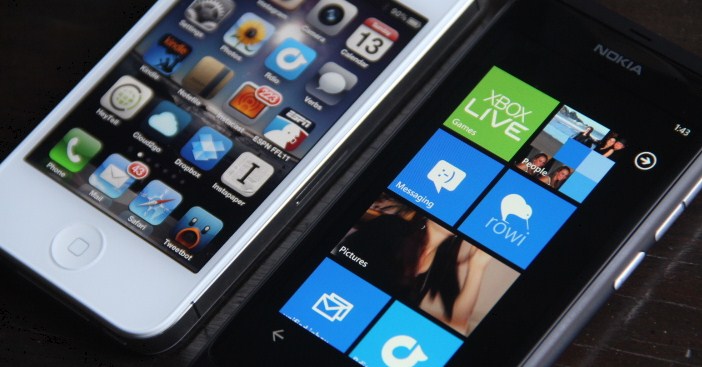 If you had asked me what price point the Nokia Lumia 900 Windows Phone handset would retail for (on contract) here in the United States, I would have said $199.99 ($200). That’s the effective ‘standard’ price point for new, top-tier smartphones.

The Lumia 900 is, as we have noted, Nokia’s premier handset. Therefore, I would have said, it will be sold for the effective going rate for such devices. As it turns out, I had it wrong. According to BGR, the darn thing is going to sell for $99 on AT&T, starting this March. Hot dang.

For reference, Apple’s top of the line phone, the iPhone 4S, costs $200 with a contract. It sells its other phones, the iPhone 4 and the iPhone 3GS for lesser amounts. However, the highest end devices have long sold for roughly two hundred dollars. That’s where the market found a traction point of profitability, and consumer acceptance.

However, while Apple has toed that line for some time, Android is moving up. New, top-tier Android handsets now cost, in some circumstances, $300, a 50% increase from $200, and some three times what the Lumia 900 is set to cost. Here’s what this means, so far as I can tell: Android OEMs, long battling over how to one up each other with features and gizmos, have had to raise their prices as the hardware they are building becomes increasingly complex. In comparison, the single core Lumia 900 is relatively stodgy.

However, it’s a fantastic device.

In other words, Nokia, by selling the phone for $100, is making a massive value proposition: a phone that rivals the iPhone 4S on looks and usability, for half the cost. Android can only say, in response to that, that it has the second most popular app store and faster chips in its phones. I doubt that consumers are going to find that very appealing.

Therefore, if the rumor is right and the Lumia 900 will in fact be so cheap, I suspect that it will greatly expand the market share of Windows Phone, at the expense of Android. I honestly don’t see the iPhone line suffering from a new insurgent, much as it has continued to excel even in the face of Android.

A $100 Lumia 900 would catapult Windows Phone up the sales charts, and make Nokia not only relevant, but a real player once again. Let’s see if it happens.

Read next: Motorola Mobility sues Apple in the US over six products including the iPhone 4S