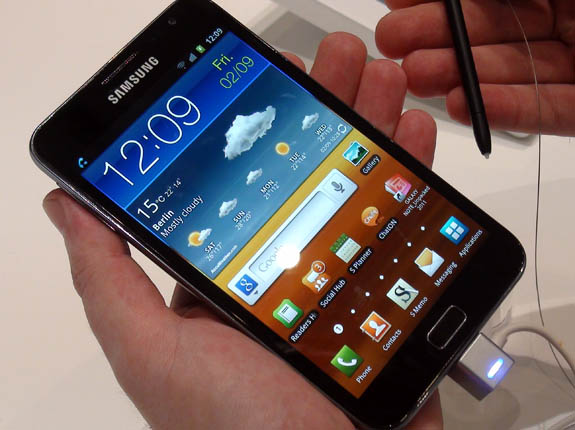 South Korean electronics giant Samsung today announced that it has shipped over 1 million of its new Galaxy Note smartphones worldwide, reaching the milestone just under two months after launching in the UK.

Samsung took to its Samsung Tomorrow feed to report the news (as spotted by The Verge), sharing an image on Flickr detailing its journey to one million shipments. The company said shipments of the Galaxy Note had surpassed the figure as of December 29 (today), with worldwide sales of the device “on the rise in Europe and Asia including France, Germany, Hong Kong and Taiwan”.

The company also teased a U.S launch but didn’t comment on when the device would be made available:

The speed of the global sales is expected to accelerate further next year when it will be available in the US.

The news will be of interest to smartphone vendors, particularly as the Galaxy Note enters “phablet” territory, the size that sits inbetween a smartphone and a tablet. There are fewer 5-inch devices on the market, with consumer demand yet to be properly assessed.

The device features a 5.3 inch Super AMOLED HD display, and a 1.5GHz dual-core processor and runs Android 2.3 (Gingerbread), but is expected to receive an upgrade to Ice Cream Sandwich in early 2012.

Shipments don’t necessarily equal sales but Samsung has enjoyed success with its range of Android-powered devices, particularly the Galaxy S and SII smartphones — which have topped 30 million sales worldwide — indicating that the company is off to a good start with its new handset.

Read next: 2011 Tech Rewind: This Year in Media