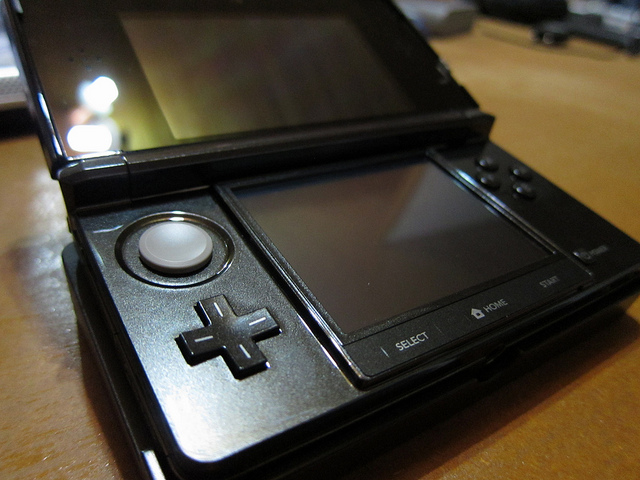 Nintendo president, Satoru Iwata, has made it clear that Nintendo will never develop games for third-party platforms, including iOS and Android. This was announced after investors called for Nintendo to release titles like Mario on mobile phones. Nintendo is betting on a handheld gaming system, while mobile gaming continues to move to the phone.

Expanding original games to popular platforms makes sense in some ways. As our own Martin Bryant explains, he never plays his DS anymore, finding that “Apple’s iOS is a much more exciting, flexible platform. Its games are more easily accessible, too.”

Other problems, including the chore of carrying around multiple devices and game cartridges, make a dedicated mobile gaming system impractical. And even as 3DS sales begin to improve, Nintendo’s stock price is still down.

iOS and Android Will Hurt Nintendo

If Nintendo ever moves to iOS, it will face some major problems. Sure, software sales would be high, but dually releasing titles via Nintendo and Apple would cut into Nintendo’s hardware sales, while simultaneously giving Apple unprecedented control. Nobody wants to see Nintendo give up its hardware and go to shit like Sega, and Nintendo can’t afford to undercut its games to compete with the App Store’s $0.99 prices.

The gaming experience on an iPhone can also be cumbersome (to say the least), ruining the gameplay of many beloved classics. Games built for slate touchscreens work well, but Mario and Zelda need a device optimized for their designs, and many dedicated gammers are still devoted to real buttons. In the end, not every game is meant to be played on a touchscreen.

As we continue to rely on phones for more purposes (talking, gaming, fitness, health, etc), Nintendo risks being left behind by multi-function devices. The remedy is to build something that can actually compete. Nintendo already has killer titles, a history of hardware design and eShop, a simplistic app store for the 3DS. There are also plenty of committed 3rd party developers ready to come aboard. The 3DS even has 3D videos and a Netflix app. Can you imagine the marketing campaign? “Introducing the first 3D phone…”

If Nintendo continues to release games for single-purpose portable devices like the 3DS, it risks being left behind by the likes of Apple. And if Nintendo offers up titles to outside platforms, it risks destroying its hardware business and joining the ranks of Sega as a fallen gaming giant.

Solution: If Nintendo plays its card right, it could become the niche, go to phone for game lovers, while expanding into new territory for unprecidented growth. PlayStation tested the waters with its Android Xperia Play. Now it’s time to see what Nintendo is truly capable of.

What do you think? Is a Nintendo phone viable? What will happen if iOS continues to take mobile gamers away from Nintendo?