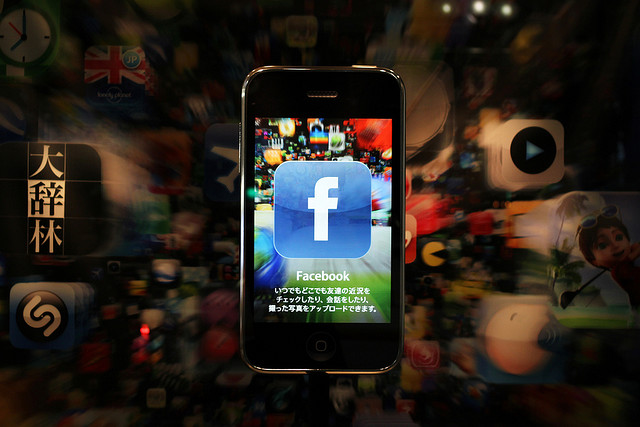 Right now, we are in the middle of the smartphone boom. Apple, Google and other mobile operating system vendors have provided the foundations for developers to launch innovative new services that add extra functionality to powerful new mobile phones.

Increased smartphone use has led to the introduction of many mobile-based social networks; some aim to connect people based on their location, others assist users in sharing their photos or help people find a new partner – but it never used to be that way.

Myspace, Bebo and Orkut have enjoyed success, multi-million dollar valuations and unrivalled popularity in different countries around the world. Whilst they may have presences on mobile, none of them managed to leverage the boom in smartphone use to their advantage and have since languished as Facebook continues to innovate via its website and mobile applications.

Google launched its long-awaited Google+ social network last week, unveiling a service that many had referred to as “Google Circles” after ReadWriteWeb’s editor Marshall Kirkpatrick’s revelation earlier in the year. The search giant not only launched an impressive new Web service, it also dropped a companion Android app to help those with early access interact with the service and their friends that had joined it.

Google and Facebook are tech behemoths but startups are trying to innovate the social networking space each and every day, introducing new features that ultimately mean they are snapped up by the very companies they are trying to beat.

The shift to mobile has been fast and it has been highly innovative. Here, we take a look at what investing heavily in mobile can do for a company’s strategy.

Perhaps the two biggest social innovators on the planet, Google and Facebook haven’t just introduced their own services, they have provided the tools for developers to launch apps and frameworks that tightly integrate social technologies in third-party apps.

In the case of Google+, the Android app has been fully launched and is not a beta – right now you can go onto the Android Market and download it to your tablet or your smartphone. Despite the service being invite only, Google has realised that to assist it in its quest to have users rapidly adopt the service and compete with its more established rival, it must have its constituent components ready from day one.

The Android app has been praised for its ability to deliver real-time notifications and the way it has ported the website experience to a mobile handset. Google has also added features unique to the Google+ app, most notably Instant Uploads and Huddles, which specifically integrate group chats and instant image-sharing without needing a specific app to do so.

Ultimately Google has realised that instead of delivering an extensive suite of apps on Android, it can create one service that provides the core technology in an existing social setting. It doesn’t need to market a new location app that allows you to check-in because it can integrate the same features into its existing (Google+) social base.

The search giant says it is working on an iPhone application, which it says is “coming soon” – but its support does not end there. Smartphone users are able to visit a mobile-enabled version of Google+, no matter the device, to utilise many of the mobile-based features from the browser.

In just six days, the Google+ app already has an average rating of 4.4, with 6478 users rating it the full five stars:

If Google stands any chance of denting Facebook’s dominance, it has to account for the majority of mobile users. By releasing a web-app, an Android app and a dedicated app for the iPhone, it gives itself a good shot at converting casual searchers but also providing enough of a presence to go up against Facebook.

Smartphones have condensed point-and-shoot cameras and netbooks into a handheld device that goes everywhere its owner does. Over time, messaging services have evolved beyond carrier-based SMS messages and photo-sharing services are built around a user’s creativity, not the camera they use.

The launch of the App Store introduced social networks that existed solely within an app. Typical examples include the huge number of group messaging applications like Kik and WhatsApp and photo-sharing services like Instagram and Color.

Instagram exemplifies the rise of the app-based social network, a photo-sharing service that has captured the hearts of many thanks to its ease of use and range of filters to beautify even the most mundane of photos. At present it is iPhone-only, but makes sure to keep the experience mobile-only, offering just a small option to edit accounts on the Instagram website.

Launching in October, the service reached one million users in just two months, thanks largely to the constantly evolving range of lomo-esque filters and share them instantly within the Instagram community and also on Flickr, Facebook, Twitter, Foursquare and Tumblr. Even then, users were collectively uploading approximately three photos a second and tens of millions of photos had been shared on the service.

Instagram and other successful mobile social networks have reduced the need to incorporate hundreds of features, focusing on a handful and making sure they are industry-leading. By taking a simple concept and adding a sense of customisation, users aren’t just sharing their snaps, they play a role in making them look infinitely better.

New apps have mimicked Instagram’s functionality and have found success on other platforms, but none of them have experienced the same success as the iPhone application.

Isn’t It All About The Developers?

The two examples above illustrate smartphone app success stories – great ideas that were brilliantly executed. They have been able to accurately forecast what consumers want from their smartphones.

The beauty in developing mobile products is that in most cases, developers achieve success despite having no control over the platform on which they are launching their services. This forces app-creators to truly innovate, to extend the functionality of their offerings beyond their competition. Instagram wasn’t the first application to introduce filters, its developers simply made the decision to focus on them and integrate the results into a tight community, something that many other app-developers had not previously done.

That said, mobile vendors are starting to get wise to the power of the mobile social network. I mentioned earlier that Google had launched its own social network for Android devices, but Apple went one better to incorporate social hooks directly into its operating system. Announcing a partnership with Twitter, Apple allows users of its iOS 5 software to send tweets directly from native applications, and is expected to launch Facebook and other major social partnerships in the coming months.

With smartphone sales expected to pass 468 million units in 2011, the infrastructure is already there. With web-based social networks, users must discover the site and then interact with friends, but with mobile devices there are hundreds of millions of potential connections waiting to be made, helped by popular app store’s that are able to suggest applications to their users.

Those connections rely on app-developers, even major players like Facebook. The super-popular social network is soon to eclipse 700 million users and already has 250 million people regularly accessing Facebook through its mobile applications. With NFC functionality set to be the next big thing in mobile, there is no doubt the engineers at Facebook, small and large startups alike that are working out ways to innovate using the contactless technology.

As smartphone feature sets evolve, the services offered by new and existing social networking companies can evolve and adapt too, meaning the mobile-enabled or mobile-specific social networks can only thrive.

Read next: The next trend in social media? Real life gamification.