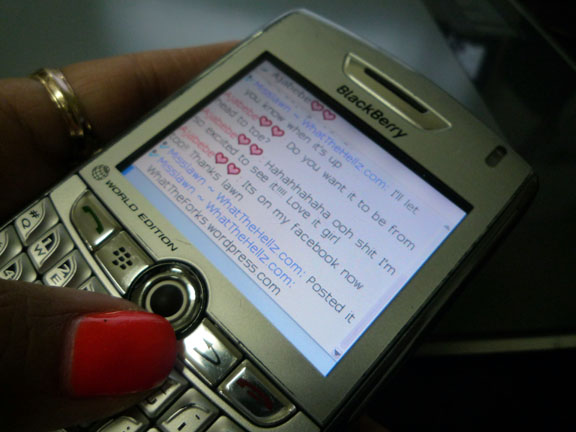 It seems that Apple’s WWDC keynote had the desired impact for the Cupertino-based company; developers are salivating at the new APIs, consumers can’t wait to get their hands on iOS 5 and Mac OS X Lion operating systems and investors are beginning to doubt products and services provided by its competitors.

It seems Apple’s keynote announcements have especially affected Research In Motion (RIM), with the canadian smartphone vendor’s stock falling below $37 – the lowest level since 2007.

Apple’s iMessage, a service allowing iOS device owners to message one another free of charge, has been positioned as a direct competitor to RIM’s BlackBerry Messenger (BBM) service which until recently existed as the only pre-installed smartphone service of its kind, with iOS and Android platforms supporting messaging services via third-party applications.

You can read more about iMessage here.

Not a great day for RIM, which has seen its stock sink more than 35% this year.

Read next: AT&T secures license to operate in Indonesia, further expands into Asia