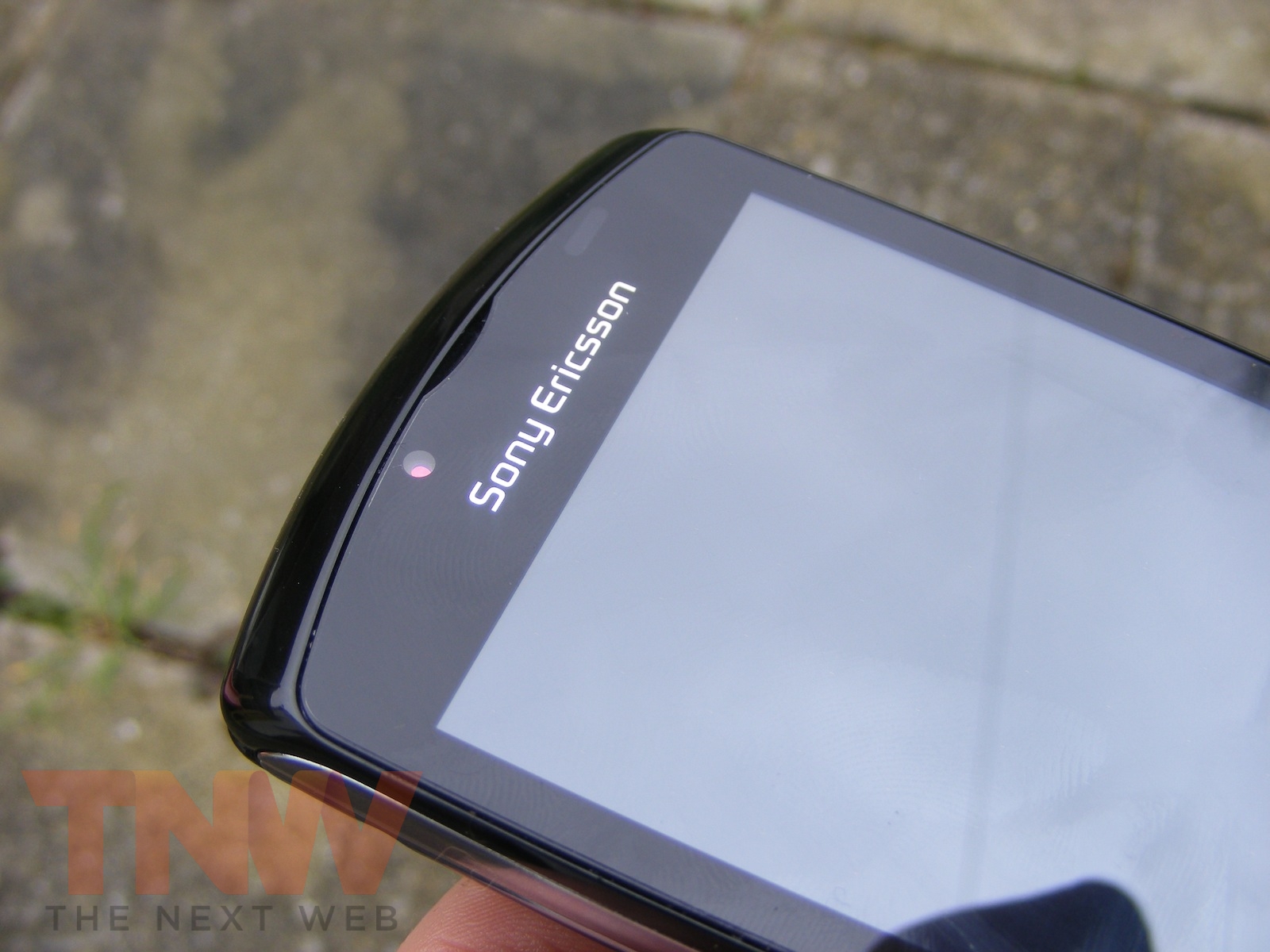 Well, where do we start with this Android device? Probably the most leaked handset in existence, the Sony Ericsson Xperia Play received its fair share of publicitybefore its official unveiling at this year’s Mobile World Congress event. This week devices have started making their way to reviewers across the UK.

Appealing to gamers, the Xperia Play fills a very specific niche. Will consumers want a smartphone that doubles as gaming handheld that can play PlayStation One games using its slide-out gaming control-pad? Is the PlayStation certification enough? Read on for our full review of the Sony Ericsson Xperia Play and find out.

Looking at the Xperia Play top-down you would be forgiven if you thought it was an Xperia X10 – Sony Ericsson’s Android smartphones have the same distinctive look – it’s only when you pick the device up that you realise that the smartphone is hiding away its centrepiece – a slide-out gamepad.

The sliding of the gamepad is smooth – the device resists forces that would reveal controls accidentally whilst remaining easy to open with a simple thumb-swipe. Once revealed, the gamepad sports a D-Pad, familiar PlayStation symbol buttons (triangle, square, circle andcross), a start and select button, with option key located on the bottom left of the pad, serving up ways to exit from and customise the gaming experience. On the outside of the device lie two “flipper” controls, similar to the L1 and R1 bumpers on a PlayStation controller.

Two touch analog controls are located in-between the D-Pad and the PlayStation buttons, complete with shallow dot in the centre, making it easy to locate and completing almost an exact replica of a PlayStation DualShock gamepad.

When in use, game controls work well – however, the touch-sensitive analog pads require a lot of practice and at times the D-Pad can be linear in its operation. When we played the FIFA 10, it became difficult to use the D-Pad to direct players diagonally, finding it equally difficult to keep our thumbs on the analog pads in certain games.

In an effort to outfit the Xperia Play with full PlayStation gaming controls and keep it as slim as possible, it feels like Sony Ericsson had to compromise on making them tactile enough to ensure the gaming experience is able to rival other gaming handhelds, including its own.

The build-quality of the device is sufficiently sturdy, Sony Ericsson utilising the same plastic finish on all handsets in the Xperia line. Coming in at double the thickness of the iPhone 4 and weighing over 40 grams more, the Xperia Play sits firmly in the small-gaming-device-large-smartphone category, a niche that is likely to appeal to a small consumer group, at least initially.

Looking at the specifications, the Xperia Play is an unremarkable device. Featuring a 1GHz Snapdragon MSM8255 processor, 512MB RAM, front and back cameras and 400MB of internal storage, the handset would be lost in a market of dual-core smartphones if it was evaluated on its smartphone credentials alone.

Whether it is a lack of processing power or enabled by design, the Xperia Play booted significantly slower than an HTC Incredible S, with games requiring significant loading sequences before they became playable.

The Xperia Play runs the latest Android Gingerbread operating system, launching as one of a limited number of devices on the market that currently features the software. Sony Ericsson executives have already committed to regularly updating the Android firmware on the Xperia Play, noting that engineers have successfully been able to “unbundle” Sony advancements and its customised user interface to quickly prepare updates when Google makes them available to the manufacturer.

The Xperia Play’s custom UI is simple to use but does operate significantly differently to the stock Gingerbread software – the sliding padlock to unlock the device is still present but is delivered in a similar fashion to the iPhone unlock process and navigating the apps requires you to scroll horizontally, another nod towards the functionality of iOS.

If you’re familiar with Timescape, it’s present on the newest Xperia models, offering the ability to tie in social updates. Additional widgets are available, including two that list a number of PlayStation pocket titles on the homescreen. Navigation is smooth and the Xperia Play’s customised stylings do not provide any noticeable lag when browsing the homescreens.

Sony Ericsson has done all it can to ensure the gaming elements on the Xperia Play are brought to the fore. For example, when the phone is unlocked and you open the gaming slider, the handset will automatically load the Xperia Play gaming dashboard, presenting the FIFA 10, Bruce Lee, Star Battalion and Sims 3. Other Android games are available to download via this dashboard, including popular titles from Gameloft, Handygames and Glu Mobile.

As the world’s first PlayStation Certified smartphone, the Xperia Play also offers PlayStation One games to download and play on the device using the PlayStation Pocket app. Pre-loaded with Crash Bandicoot, you can also download Destruction Derby, Cool Boarders 2,  Jumping Flash, MediEvil and Syphon Filter, although finding and playing the games once they have been downloaded is a little more difficult than it needs to be.

With a PlayStation Pocket and dedicated Xperia Play gaming dashboard, you are required to select your Android and PS One games from different apps, with no unified dashboard. It’s understandable that Sony Ericsson would want to differentiate its PlayStation titles from generally available third-party Android applications but the experience is a tad more laborious than it needs to be.

Before the Xperia Play launched, a number of popular emulators were available on the Android Market, allowing Android users to download and play ROMs of their favourite Sega, Nintendo and Sony PlayStation games. We tested this briefly and were able to enjoy a few titles from yesteryear, although at the time of writing Sony has filed a request to remove the PSX4Droid app from the Android Market, removing the ability to download and play PS One ROMs. This is is understandable.

Overall, the gaming experience is excellent; the Xperia Play has to stand out as a gaming device and that it does. No other smartphones are able to offer an experience close to what this Sony Ericsson device can deliver. Graphics are crisp, if not unspectacular, but then you have constantly remind yourself that this is an Android-powered smartphone, that takes calls and can multi-task, it’s not going to reproduce PS3-like graphics.

Sony Ericsson is revered for its build-quality, particularly in the camera department. With the Xperia Play’s 5MP rear facing camera, shots are clean and clear. It’s good at reproducing colour in well-lit environments, although sometimes shots are a little washed out.

The camera application uses the standard Gingerbread interface, making it easy to toggle between photo and video modes and view photos quickly once they have been taken.

The Xperia Play doesn’t allow users to touch-to-focus, instead having to rely on auto-focus to get the best shots. Normally, this would pose a significant problem but the auto-focus feature copes admirably in a number of different environments.

If you’re expecting the Xperia Play to capture high-quality video, you will be disappointed. With its WVGA resolution, the Xperia Play captures video at 30 frames-per-second, a far cry from the HD video that most modern smartphones are able to record.

The battery life of the Xperia Play is very impressive, requiring one full charge over a 72 hour period during testing. With its 1500MAh lithium polymer batter, the device is slated to handle at least 8.5 hours of talk time and nearly 6 hours of gameplay. On standby, the device consumed minimal resources, providing us with more than enough battery to play FIFA 10 and Crash Bandicoot for lengthy periods.

Sporting a powerful stereo loudspeaker, calls are crisp and clear on hands-free and during normal calls. Sporting dual noise cancelling microphones, calls are free from excess background noise, making the Xperia Play truly one of the best smartphones we have used based on call clarity.

There are no doubts about it, this is the best gaming smartphone on the market. Physical pads, analog touch-pads and PlayStation buttons set the Xperia Play apart from any other device on any other platform. Whilst we had minor frustrations with the controls at times, the Xperia Play delivers a solid gaming experience with its slide-out gamepad.

Sony Ericsson’s smartphone falls short of the PSP Go and Nintendo DS, but as a niche device that sits between the smartphone and gaming handheld markets, it fulfils both its roles with ease.

If Sony Ericsson commits to making desirable titles available for the Xperia Play, it has a very good chance of succeeding. With 60 titles available as of today, it’s a good start for the platform that will get a much needed boost when the PlayStation Suite is released later in the year.

As the Android platform continues to gain in popularity, this added gaming twist could be the feature that tempts consumers to part with their cash and grab themselves one of these devices.

Read next: Launching Your Startup at a Conference; Lessons Learned by Yunoo