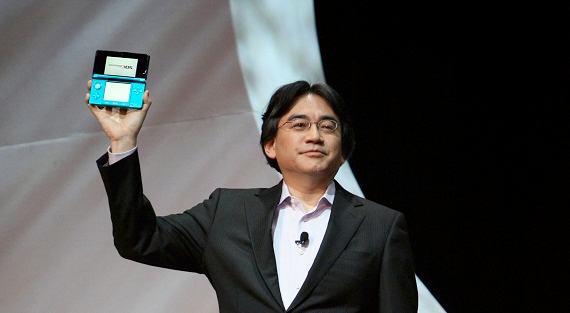 You may have heard Apple CEO Steve Jobs’ introduce the new iPad which now features upgraded specs and a gyroscope for better gaming functionality. What most didn’t know is that just across the street, Nintendo President Satoru Iwata told video game developers that smartphones were driving a trend towards lower quality and economically unsustainable video games.

The emergence of low-cost video games for smartphones has led to a major shift in the way people acquire and experience video games. Mr. Iwata is primarily concerned that video games for smartphones were generally of lower quality, and the low costs would rarely pay for the development of quality games. He argued that a company like Nintendo, which makes both hardware and software specifically for gaming, would be a better ally for developers than phone manufacturers.

We’re comparing a smartphone’s typical price range of free to $5 to Nintendo’s $29.99 to $34.99 for handheld games. There are however, several factors to take into consideration like overhead costs for development and distribution, and the sheer number of iOS and Android users compared to Nintendo handheld owners. In fairness to the video-game company, smartphone games are not as robust and extensive as console games. It is undeniable, however,  that we’re starting to see quality smartphone games like Infinity Blade that appeal to more serious gamers as well.

While smartphone games have caught on due to its ease of use and low price, video game console makers such as Nintendo have looked to distinguish themselves by creating devices that do things that phones cannot. Case in point is the 3DS, a portable 3-D gaming device that does not require glasses, which is competitively priced compared to smartphones. Smartphones, on the other hand, have been adapting by adding touch and motion features to enhance the gaming experience on its devices. There’s also the Game Center for iOS and the soon-to-be-released Tegra Zone and PlayStation Suite for Android devices, which are created for the emerging market of smartphone gaming.

As smartphones and tablets become more gaming-capable devices, where will that leave companies like Nintendo? Personally, I’d love to see a Nintendo phone but that’s not likely to happen. Nevertheless, it’s going to be hard for Nintendo to convince developers to jump back to exclusive console-gaming creation, given the lucrative market for smartphone games.

Read next: Typography fan? You're going to want this.