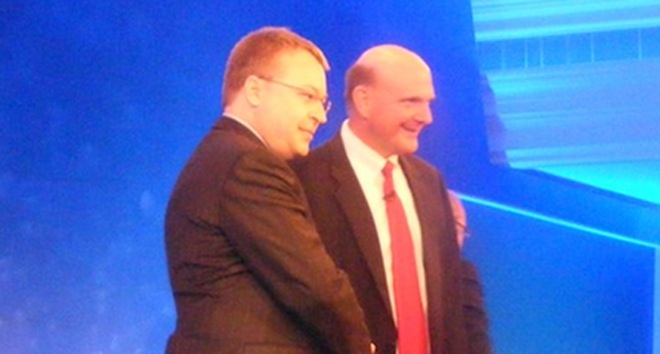 So, after a week of speculation and rumour, it’s true. Nokia and Microsoft have confirmed that they’re teaming up to take on Apple and Android with a “Third ecosystem”. The news will transform the mobile industry battleground, as its biggest hardware manufacturer and the biggest software brand in the world combine forces.

Yet it all may be a case of the right move… far too late.

On paper, it’s the perfect match

At this morning’s Capital Markets Day press event, the two companies’ CEOs talked about a ‘Best of both worlds’ situation. The deal means that Nokia gets to jump onto an existing, growing operating system while Microsoft gets the biggest handset manufacturer it possibly could on board. It also sees Nokia get better access to the American market, while Microsoft gets to be better represented in Europe.

Nokia has always produced some of the best smartphones on the planet. While HTC has received a lot of attention and praise for its Android and Windows Phone 7 devices of late, Nokia’s handsets have been first to many innovations, such as mobile TV and GPS integration, down the years. It also has excellent navigation expertise and some good in-house software via its Ovi Suite.

Combine all this with Microsoft’s recognisable brands like Xbox Live, Office and Bing – and the slick UI of Windows Phone 7 – and surely this is an unstoppable force? Not necessarily.

Is it all too late?

It’s fair to say that Microsoft and Nokia made a mess of their mobile strategies over the past five years. They were both late to adapt to the way Apple, and then Google, changed the mobile world in quick succession and reaped the rewards. There’s no doubt that they’ve realise the error of their ways now, but this partnership could well have come too late to matter much.

Steve Ballmer has been much criticised for his strategic direction at Microsoft. The Nokia boardroom has been similarly chastised over the past couple of years. This morning at the Capital Market Day press event, relatively recently hired CEO Stephen Elop discussed a new more nimble Nokia, with significant job cuts on the way. A faster-moving company is definitely what’s needed but can this new Nokia (and the same old Microsoft) turn this around fast enough?

Nokia has said that 2011 and 2012 will be “transition” years as they move from Symbian to Windows Phone 7. We’ve also yet to hear when the first Nokia phone to run Windows Phone 7 will be available, or even shown in public. With these uncertainties and delays, this is a partnership that, as far as the public is concerned, is in limbo until that first device hits the market.

In the meantime, Nokia will continue to ship Symbian devices and Windows Phone 7 devices will of course be available from other manufacturers, but while we wait for Nokia’s big play f or the platform, Apple and Android powered phones continue to dominate the market. Android in particular is expected to creep ever further into low-end devices, helping it increase its marketshare further. Don’t discount RIM either – BlackBerry continues to be popular with businesses and the youth market alike.

By the time we see anything of substance from today’s announcement, it may simply be too late for another major ecosystem to gain a foothold.