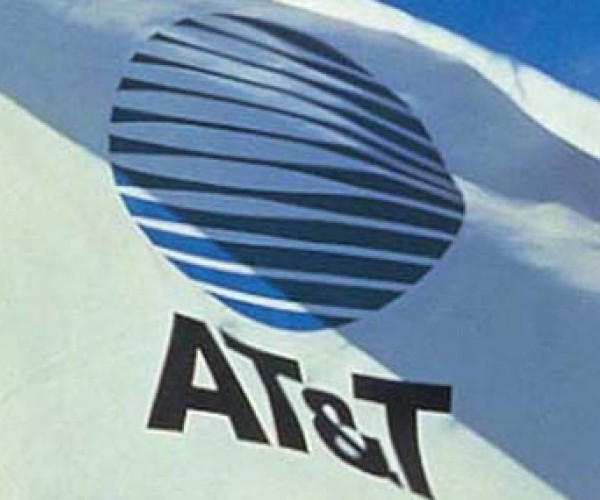 Today I had the distinct pleasure of attending the grand opening of the first of three, new, Dallas-based AT&T, Foundry innovation centers.

On display were some of the wireless carrier’s partners, Microsoft, Cisco, and IBM, a demonstration of the company’s 4G network (it’s fast and can’t wait for it to roll-out to all), in addition to many other technological innovations AT&T has in the works for 2011 and beyond.

Other Foundry enters will also open later this year in Palo Alto, California, and Ra’anana, Israel.

Temporary centers opened in Texas, California and Israel in 2010, and more than two dozen multi-company projects are already under way, including telehealth, HTML5, rich media, check-in and location-based applications, APIs, and more.

Kicking off the festivities was AT&T CTO Jim Donovan, who, while highlighting some of the history behind AT&T and the company’s direction going forward, also went into detail concerning what AT&T Foundry is and why it’s important to the company’s future, their partners, and consumers,

“At the AT&T Foundry, we bring the expertise of AT&T Labs into a collaborative environment with key industry technology providers and developers from Silicon Valley and all over the world.  Together, we innovate in new ways, fast-tracking projects to cut the time from idea engagement to market by 3X.”

Two of the more interesting aspects of the event to yours truly included the opportunity to view three new 4G Android devices ready to hit the market, and a comparison of AT&T’s network to that of Verizon. At the AT&T Foundry event, three new, super slick, 4G Android devices were on display (from left to right), the Motorola Atrix 4G, the Samsung Infuse 4G, and the HTC Inspire 4G.

All three devices run Android 2.2, but as you can see, there are notable differences in size, in addition to differences in features each comes equipped with.

The Motorola Atrix 4G’s features sound stunning to say the least, with AT&T just revealing that it will be available for pre-order starting February 13.  Yes, I said stunning.  This coming from an iPhone 4 diehard.

The device, is touted as the “world’s most powerful smartphone,” featuring a 1GHz dual-core processor, high resolution qHD display and a laptop dock, which was super to see in action.

The device will be available exclusively for AT&T customers for $199.99 with a two-year service agreement with AT&T will offering bundled pricing for the Atrix 4G and the Motorola Laptop Dock.

The HTC Inspire 4G sports a 1.2 GHz Hummingbird processor and  an 8MP camera and HD video recorder.  It will also be the first 4G smartphone offered by AT&T, feature, the largest screen of any AT&T smartphone at present (more on that below), with a 4.3-inch super LCD display, will be the first smartphone in the U.S. to feature the next-generation HTC Sense experience with cloud service and be the first AT&T device to feature AT&T’s Mobile Hotspot service built right in.

The final device is the Samsung Infuse 4G.  Upon arrival, sometime in the third quarter according to what I was told, comes with a huge 4.5-inch Super AMOLED Plus display, so enjoy your large screen title while it lasts HTC.  The Infuse 4G is a Galaxy S phone, comes with HSPA+, a single-core Hummingbird 1.2GHz processor and an 8 megapixel rear camera, along with a 1.3 megapixel front-facing camera.

All three devices are super neat, but personally, the Atrix 4G will be my next Android device purchase.

The other facet of today’s Foundry event I found intriguing concerned a demonstration of AT&T’s 4G network, compared to that of Verizon’s.  The battle between the two companies has only intensified since Apple announced iPhone 4’s availability on Verizon, ending AT&T’s exclusivity agreement with Apple.

The speeds shown in the video below are impressive, with the debate between which network is the fastest, best, ect. described as polarizing to say the least.

AT&T has some exciting things in store for consumers, the company emphasized its commitment to creating a superior wireless experience, and the launch of Foundry innovation centers, new devices, and a faster network, are but a few of the things one can expect to see from AT&T in 2011.

What do you find most exciting about AT&T’s plans going forward, the devices, network upgrades, or commitment to technological innovation with respect to apps, APIs, and in other areas?