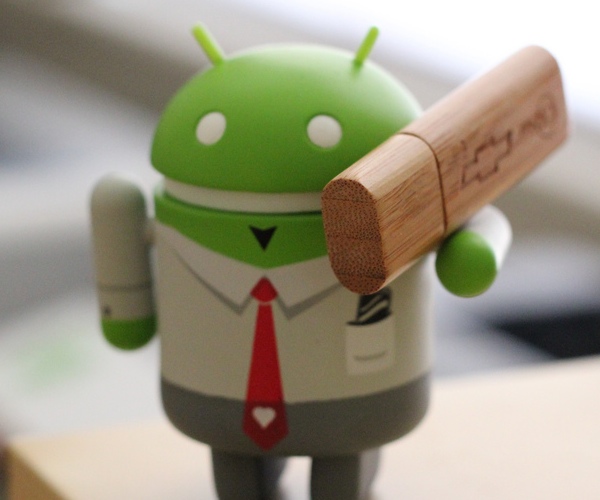 CES 2011 attendee’s got a sneak peek at Samsung’s new Android device the Infuse 4G that was introduced by its carrier AT&T.

It appears to be quite thin with a large 4.5” screen with both a front and an 8MP back- facing camera.  And, as it usually goes, the front-facing camera has fewer (1.3) megapixels than the back. It looks similar to the Samsung Galaxy S and considering the size of the screen, it’s sure to be a great device to watch media and play games. The Infuse 4G’s display is Samsung’s next-generation Super AMOLED technology that they claim has 50 percent more subpixels.

But this device isn’t ‘all show’–it’s sporting some serious power under the hood with the inclusion of a 1.2GHz Hummingbird processor.  The Samsung Infuse 4G will ship with Android 2.2 and will be available through AT&T in the US. The Infuse’s older brother, the Samsung Galaxy S, is a brilliant looking phone, the body itself seemed a bit lightweight and well, um, cheap. I’m personally hoping the Infuse will have more of a solid-sturdy feel.

AT&T has announced that the HTC Inspire 4G and Motorola ATRIX 4G will also be on its bench this year although they’ve yet to release the price points.

The Samsung Infuse™ 4G will be the thinnest Android device and feature the largest screen — at 4.5 inches — in AT&T’s smartphone lineup. The device delivers a brilliant display using Samsung’s next-generation Super AMOLED™ Plus technology which features 50% more sub-pixels for better contrast and outdoor readability. The Infuse will be powered by a 1.2 GHz application processor and run the Android 2.2 platform. This device is slated for launch in the second quarter of 2011, only for AT&T customers.