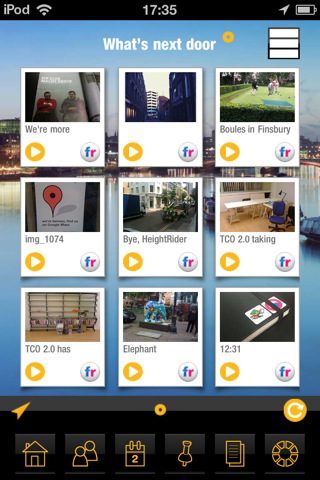 The future is mobile. By that proposal, the future of entertainment is also mobile. We’re already starting to see the shift, but it’s going to extend much further than what we have today. In fact, we’d propose that you can say goodbye to your living room for most of your TV viewing. Your TV is going mobile.

As we see it, the shift has started. It began a few years ago when mobile devices started picking up the ability to display videos. It wasn’t so long ago that I encoded a file from a DVD, loaded it to the SD card of my Treo 650 and played it for my kids in the car. Though the setup wasn’t ideal, it was exactly what I needed at the time.

Now, some 5 or 6 years later, we have devices that can natively play numerous file types, there are websites that specialize specifically in on-demand video streaming and we’re enjoying that viewing entertainment regardless of where we are.

Look at the iPad . Back when we first heard that companies were developing native players for the handheld device of choice, we were hugely excited. That hasn’t changed since the product came to market. In fact, I can tell you without any hesitation that my laptop does far more of my viewing duties than my TV could ever dream of.

But where does the shift meet up with the present? We’re already seeing this as well. Apple, one of the companies that always seems to have a finger on the pulse of the industry, has introduced AirPlay. AirPlay allows you to stream whatever is on your handheld device to your Apple TV. Why? Because Apple realizes that the majority of our consumption is going mobile, but at times we’ll want to sit and have some couch time as well.

Smart television manufacturers are also making intelligent moves by bringing our typically mobile content to the TV. We’re seeing integration with Facebook, Pandora, Picasa and more, brought right into our living room. This convergence of our mobile and home-based lives is adding a sense of seamless integration which has taken the TV mobile and brought our mobile lives home.

But even with interoperability such as this, the mobile device holds its own. When I spent a week with the Galaxy Tablet, what I used it for more than anything was lazily lounging around, viewing TV on it. Between on-demand streaming services and content that I could load onto flash memory, there was nothing stopping me from hours of viewing.

From where we’re sitting, the future looks a lot like what we’ve seen in the past, with variations on how it’s done. For years, we’ve had mobile entertainment systems in our cars. What if, though, an accessories company makes a mount where your iPad can slip into it and be piped through your car’s audio system? What if you can have a show on your iPhone and use AirPlay to play it over your vehicle’s entertainment system?

These are the things that we’re likely to see, moving forward. Between 7 and 10-inch devices ruling the market, handheld screens being a pleasure to view for extended periods and the widespread accessibility of data connections, the future of TV is, quite literally, in the palm of your hands.