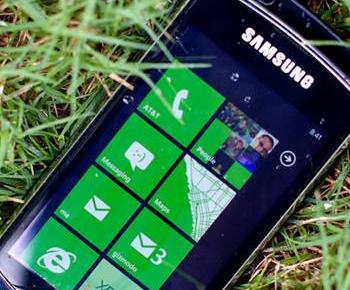 While Verizon remains committed to releasing a Windows Phone 7 (WP7) device in the future, their time frame has become clearer. The largest US mobile provider will not be offering any WP7 handsets this year, putting a damper on Microsoft’s hope for a big launch.

As BusinessWeek noted, a phone does not have to be on Verizon to succeed as evinced by the iPhone. However, for a new, largley untested platform like WP7 it is best to be in as many places as possible from the get go.

Verizon downplayed any possible strain between themselves and Redmond: “our relationship with Microsoft is solid.”

Microsoft has shed nearly half their mobile market share in the last year. The company now controls a mere 5% of the market. Windows Phone 7 is Microsoft’s play to salvage its share of the pie, and it will now be doing it without ‘Big Red’ for the entire holiday season.

You can see our previous coverage of Windows Phone 7 here.