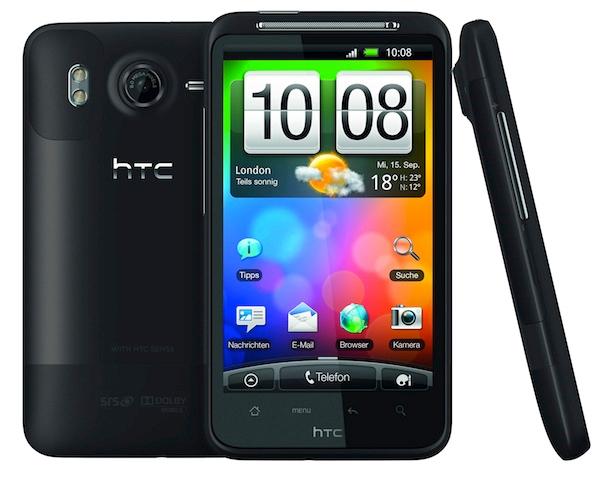 We got to play with the devices after the presentation, putting them through their paces. The HTC Desire HD, we won’t lie to you, is freaking HUGE, it dwarfs the iPhone 4 and can only be compared to HTC’s Windows Mobile phone, the HD2 in the size department.

The specifications of the Desire HD are pretty fantastic too. We expected a small improvement in the processing department but the smartphone does feature a 1GHz Qualcomm Snapdragon processor, a 4.3-inch 480 x 800 WVGA screen, 1.5GB of internal storage, 768MB of RAM, Android 2.2 (Froyo), 8MP camera with built in autofocus and a dual LED flash, adding distortion, sepia and more effects to the phone app.

We have some in-depth video overviews coming but we would like to show you the official feature video made by HTC themselves. Clocking in at almost 8 minutes, the video gives a fantastic overview of the handset and what European customers can expect from the device when it’s released in October.

I think this handset is going to make its way onto many peoples Christmas lists this year.