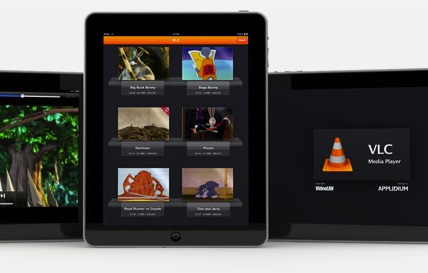 VLC Media Player, the swiss-army knife of video playback, is officially coming to the iPad and is currently going through the Apple approval process, with an expected release date next week.

That is, of course, if the app gains approval. The very nature of the app would surely be to replace the default media players on the device.

VLC for iPad has undergone several months of porting, keeping the project completely open-source much like its desktop counterparts. App developers Applidium have posted to their blog that they will be releasing the application patches to the main VLC tree, releasing the code when (or if) the app hits the App Store.

If Apple does approve VLC for the iPad, the app will be available next week.

If you fancy getting your hands on the app a whole week early, Applidium have organised a game allowing users to win a copy. To enter, all you need to do is follow @applidium on Twitter, they will then randomly pick 5 people out of its followers on Sunday, sending them their own copy of VLC for the iPad shortly after.