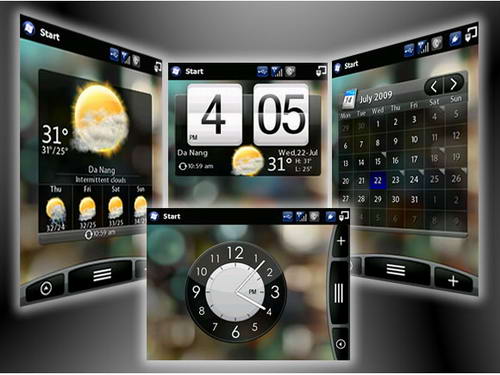 Existing Android and Windows Mobile customers might be aware of HTC’s Sense user interface, a stylised navigation and widget based software overlaying the stock mobile operating system on HTC handsets.

It appears that Windows Phone 7 is to get some form of Sense when HTC launches its Windows Phone 7 handsets. Drew Bamford, Head of HTC’s User Experience Design Team spoke to Forbes, detailing HTC’s plans to include Sense on its handsets, even though Microsoft has somewhat restricted the level of customization of the operating system:

“Microsoft has taken firmer control of the core experience [in Windows Phone 7], but we can still innovate,” says Bamford. The future version of Sense, he adds, won’t look the way it does on current Windows Mobile (6.5) phones, where it basically replaces all the core applications and is fully integrated into the phone.

Bamford went on to state that HTC won’t replace much of the core Windows Phone 7 experience, instead choosing to augment the experience slightly.

Microsoft has restricted much of its OS to developers, attempting to keep a unified look and feel of the OS on every handset across a number of manufacturers.

It will be interesting to see what HTC can come up with for Windows Phone 7, Sense is very hit and miss on Android; some users love it, others detest it and frequently root their phones to be rid of it.

Read next: It's time to start treating UK startups like rockstars