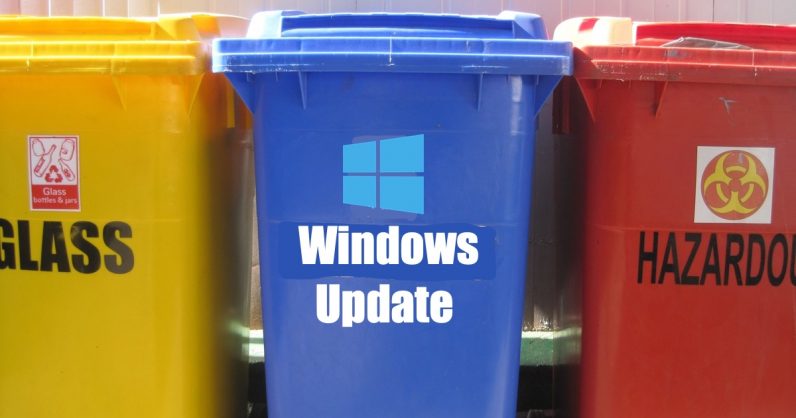 It’s a good idea to update your computer. Updates keep you safe from ever-evolving malware and sometimes include cool new features. But updates can break things too.

That’s why some users have been annoyed at Microsoft‘s stringent update policies with Windows 10, especially considering how frequently the OS is updated. After the last big Windows update caused many users to lose files, Microsoft realized maybe it’s not such a great idea to practically force users to install updates so quickly.

Aside from regular security updates and bug fixes, Microsoft releases two major Windows updates per year. It’s a lot. With the next big one – simply called the May 2019 update – Microsoft is changing things up.

Most importantly, major updates will no longer be installed automatically as they become available. In Microsoft‘s own words:

We will provide notification that an update is available and recommended based on our data, but it will be largely up to the user to initiate when the update occurs.

That said, the company will automatically update your PC if your version of Windows is nearing its end of service, but it should at least give you a few months to wait out any initial hiccups and not worry about your computer performing a lengthy update when you simply wanted to do a quick reboot.

For smaller updates (again, for security and bug fixes), you’ll be able to delay installation by one week at a time, for up to five weeks. Moreover, Microsoft won’t simply start an update when you tap the “check for update” button. It’ll actually, you know, ask.

That said, while tech enthusiasts might be aware of the big updates, for most people, these look the same as the small ones. Microsoft will now distinguish between these two kinds in the Windows Update app, giving users a bit more control over what they want to install on their computer, and when. After all, the smaller ones might only take a couple of minutes to install, while the others can take more than half an hour.

Lastly, Microsoft will now use AI to make sure it’s installing updates when you’re not actually using your computer. Previously, users could set “active” hours, but according to Microsoft, many just left it at the 8AM – 5PM default.

As far as I’m concerned, these are all changes for the better. I’m an early adopter and tend to download updates right away, but I’ve also been annoyed several times when I found my computer performed an update when I’m in the middle of something important. Giving users more freedom, within reason, is the right move.

Improving the Windows 10 update experience with control, quality and transparency on Windows Blog

Read next: Researchers developed algorithms that mimic the human brain (and the results don't suck)