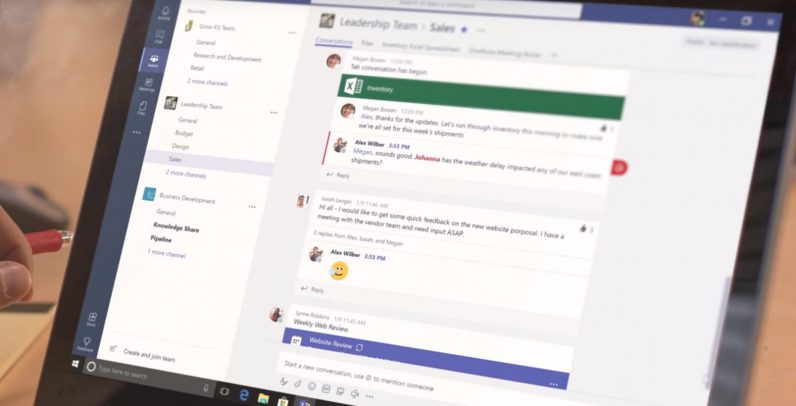 It’s not secret Slack has dominated workplace communication among tech companies the last few years, but Microsoft began to fight back when it introduced Teams in 2016. There was just one problem: Teams didn’t have a free option. That changes today.

A free tier is pretty much essential for smaller businesses and companies. Slack has one, and it’s an easy way to onboard customers in hopes they’ll upgrade later. In a clear attempt to one-up Slack, Microsoft’s Teams is actually surprisingly robust. It includes support for up to 300 people – which should cover most small businesses –  as well as the following features:

By comparison, Slack’s free plan looks rather paltry. You can only search the last 10,000 messages, which could be insufficient after a few years or with a larger team. You only get 5 GB of storage, 10 integrations, no guest accounts, and videos are limited to 1-on-1 sessions.

Point is, Microsoft‘s offering looks like something a small business could use for much longer before needing to upgrade to a paid plan. Granted, there’s always the chance Slack could improve its free offering to counter Microsoft, but we’ve heard of no such plans yet. Maybe it’s time for Slack to take out another newspaper ad.

Of course, Microsoft is leaving some of the goodies for people who subscribe to Microsoft 365, beyond just going over 300 team members. Subscribers will also be able to use features like extra storage, scheduling and recording meetings, security compliance, and more.

Microsoft is also debuting a set of futuristic new meeting features first teased during its Build conference earlier this year. Using the magic of AI, you’ll be able to relive video meetings with a speaker timeline that uses facial detection to detect who is talking, as well as used audio transcription mapped to each voice. There are also close captions to make sure the feature is accessible to all.

Those are all neat, but I’d argue the free version covers the basics well enough for most teams. Microsoft has a long way to go to build up the sort of clout Slack has – and it’s still missing important features like private channels – but a free tier is a big step in the right direction. It’s available starting today, and as before, a paid plan will cost you $5 per user.

Read next: Experts warn DeepFakes could influence 2020 US election