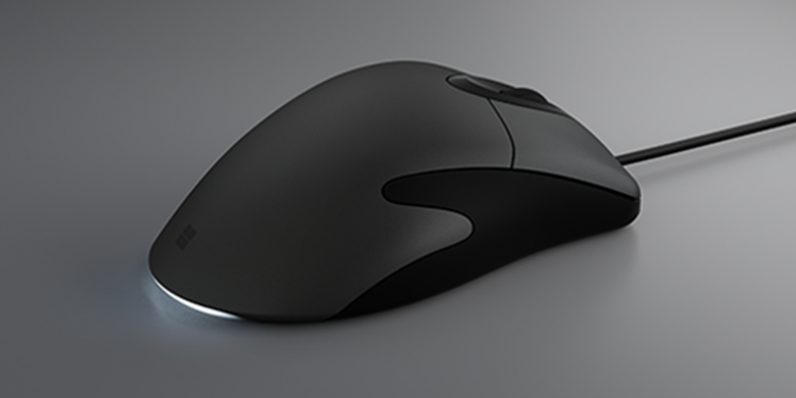 The Microsoft IntelliMouse never should have been a gaming classic.

I mean, look at Razer. Look at Alienware. Gamers like garish neon colors, LEDs up the wazoo, and for their gadgets to cost as much as a Boeing 747 jumbo jet.

The IntelliMouse, on the other hand, was simple, cheap, and conservative.

It wouldn’t have looked out of place in a stuffy corporate office, but gamers loved it because of the comfortable ergonomics, responsive buttons, and the quality of its optical sensor.

But just as it began to fade from our collective memories, Microsoft has seen fit to revive it with a brand new model, called (what else?) the Classic Intellimouse.

Leaked towards the end of last year, and released not long after, the Classic IntelliMouse replicates the look and feel of the original, but takes advantage of current advances in peripheral technology.

Why Microsoft would choose to revive such an old piece of tech is a bit strange, but in a blog post released today, Microft shone some light on its decision.

“The timing of the release of the Classic IntelliMouse is really interesting,” explained Simon Dearsley, Devices Design Director at Microsoft. “We’ve reached a point where tracking and switch technology and price has matured immensely. We saw this as an opportunity to improve on an icon by updating it with modern technology.”

The IntelliMouse Classic purportedly offers really precise, smooth tracking, with a DPI range of up to 3,200. It also includes five buttons — three of which are customizable.

For the left and right keys, Microsoft has also elected to keep the beloved Omron switches, which were present on the IntelliMouse 3.0. These were really responsive, and were part of the reason why it became so popular with gamers.

That said, the scroll button and two side buttons use Kailh switches, which Microsoft says feel nicer than those that shipped with the IntelliMouse 3.0 in 2003.

But for the most part, Microsoft has chosen to remain faithful to the original design.

Although it looks a bit more sleek, with a midnight-black paint job, the form-factor is the same. The company has resisted the temptation to turn the Classic IntelliMouse into a wireless mouse, meaning that the mouse “tail” remains.

From a practical perspective, I get that. Remembering to charge my wireless mouse is a pain, and pairing it can be a bit tedious.

That said, if you’re a hardcore gamer, every milisecond counts, and you need the thing that’ll offer you the least latency. That’s a cable.

You can read the Q&A with Dearsley here, on the Microsoft website. Redmond today also released a video promoting the IntelliMouse classic, which is artfully done, and references a bunch of popular PC games like Portal, Mafia II, Age of Empires, and Microsoft Flight Simulator.

The IntelliMouse Classic is available on the Microsoft Store and other select retailers. At just $39.99 (£39.99 and €44.99 in the UK and Europe respectively), it’s surprisingly inexpensive, but I still think I’ll stick with my beloved Logitech MX Master.

Read next: The LG V40 may have 5 cameras because why not