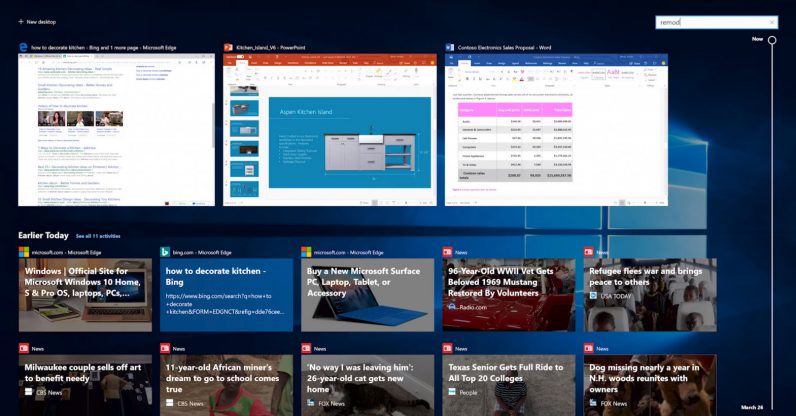 Just as promised, the Windows 10 April 2018 Update, including new features like Timeline and Focus assist, is available starting today. But it won’t show up on your computer just yet.

Although the update is technically available starting today, Microsoft won’t begin to roll out the OS automatically until May 8. This is usually done to stem any potential major bugs before the update hits the masses; Microsoft says it’s using machine learning to determine the best time to roll it out to your particular system.

But if you’re too impatient to wait until then, manually forcing the update should be as simple as navigating to your Settings > Update & Security > Windows Update and tapping on Check for updates. If something’s not working out for you, Microsoft made this explainer video too:

If you have no idea what this update is about or you need a refresher, you can check our summary post here, or Microsoft’s feature rundown here.